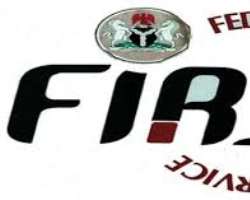 
THE auditing firm that executed the Nigeria Extractive Industries Transparency Initiative (NEITI) 2009 to 2011 audit report has been blacklisted, The Guardian has reported.

According to the report, the Federal Inland Revenue Service (FIRS) and NEITI have recovered N2 billion out of N9.8 billion non-payment of oil revenue as contained in the oil and gas audit report of 2006 to 2008.

NEITI, the newspaper reported, also explained the indictment of the Petroleum Products Pricing Regulatory Agency (PPPRA), which the agency is contesting.

NEITI said that the PPPRA  failed to back up its claims that it remitted the sum of N4.423 billion to the Federation Account hence its indictment in the recently released 2009 to 2011 audit report.

It was  gathered in Abuja yesterday that NEITI board moved swiftly to raise a special task team to work with its technical team to help the auditors to write the 2009 - 2011 audit report.

Their drafting into the work of the auditors also came at the cost of about N11million, which the board vowed to deduct from the N226 million bill of the auditors.

The auditors have so far received N115 million from the N226 million leaving them with N111 million out of which they would lose N11 million which was paid to the board members as well as the staff of NEITI that helped in writing the report.

While NEITI has concluded plans for the commissioning of an audit firm for the 2012 audit report, The Guardian learnt that the Bureau for Public Procurement (BPP) might award the contract to a firm that came fourth in the technical evaluation.

Taju Audu Electivo Baker Tilly Consortium, which recorded a technical score of 86.86 per cent, submitted a bid offer of about N139.45 million emerged first in the technical evaluation.

Industry operators expressed surprise at the choice of an auditor who has not shown competence to handle an industry that recorded over $60 billion transaction yearly.

The NEITI Director of Communication, Ogbonnaya Oji, who spoke Sunday in Abuja over the matter said: 'In efforts to reflect the additional information provided by PPPRA, NEITI independent auditors discovered that PPPRA failed to back up some of the claims contained in this last submission with verifiable evidence. NEITI immediately went outside this final deadline and contacted the PPPRA through a letter dated July 1, 2013 requesting PPPRA to urgently provide evidence. The evidence requested includes bank statements of Petroleum Support Fund (PSF) payments for the period covered by the audit, schedule of collection of 'over-recovery' from marketers and rationale for determination of national demands for petroleum products to drive home the Agency's claims on these issues.'

But the PPPRA's Executive Secretary, Reginald Stanley, told The Guardian Sunday that NEITI team indeed had meeting with the Agency but that the team never came back nor reflected the inputs of the Agency in the final report.

His words: 'We had a meeting with them here and they said they had another meeting in Lagos that they will come back on their return. They never did until we read the release of the final report in the media. Even our inputs were never considered in writing the final report. We expect NEITI to find out from the Ministry of Finance and the Central Bank of Nigeria if there is any outstanding money yet to be remitted to government. We never sign-off the report and we wonder how a letter can transform into signing off.'