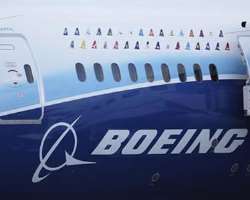 After focusing for years on jetliners that could fly ever further, the world's leading planemakers are turning to shorter range aircraft that appeal to airlines reluctant to pay for performance they don't need.

Boeing (BA.N) and Airbus (EAD.PA) have spent billions of dollars building advanced jets capable of flying a third of the way round the world non-stop, but economic change has forced a new adjustment in strategy.

Boeing launched a new version of its Dreamliner at the Paris Airshow in June by chopping 1,800 km from the range of its newest jet and giving it a longer fuselage and more seats.

It says the 787-10 Dreamliner will be its most cost-efficient aircraft yet, optimized for regional operations including Asia.

Within days, Airbus (EAD.PA) pulled from its drawer plans for a new "Regional" version of its A350, as first reported by Reuters.

And after years of enhancing its older A330 to give it more range, it announced it would also offer a Regional version of that plane for short trips. Sources say it will be aimed at the Chinese and Indian domestic markets.

The decisions reflect both a battle between traditional rivals and a broader economic shift. Asia's newly affluent nations are increasingly trading among themselves.

Half the world's traffic growth in the next 20 years will involve Asia and traffic within the region is growing fastest.

Although confidence is wobbling as China's economy slows, Boeing predicts travel within Asia will grow 6.5 percent a year over the next two decades, versus a 5-percent global average.

GROWTH ROUTES
The top three growth routes are in South and Southeast Asia, all with shorter distances than premier jets were designed for.

Regional powerhouse Singapore saw what may have been the first major deal involving the shorter-stride models.

Singapore Airlines bought 30 each of the 787-10 and A350-900 jets in deals worth $17 billion in June and industry sources say these probably included the scaled-down A350 Regional version.

The response to such demand has been radically different.

Boeing has pledged to build a new member of its 787 family by stretching the upcoming 787-9 to add more seats.

Airbus is adapting its A350 in a different way, by adjusting a purely paper parameter without a physical redesign.

A jet's range or cargo capacity is driven by the weight it is allowed to carry at take-off, since this includes the fuel.

With less work to do, the engines can also be tuned to a lower thrust, allowing further savings in maintenance costs.

Artificial restrictions like these mean the airlines would get the planes at a cheaper price. They could pay Airbus to reinstate the full performance later, when preparing to sell the jet.

PLANES BY THE POUND
Industry sources note aircraft sellers already do such deals without publicity, selling airlines what they need and offering them the chance to buy back the full performance later.

Manufacturers even quote prices per pound of take-off weight for this purpose, according to people who have done such deals.

Boeing offered a scaled-down domestic version of its 747-400 to Japanese airlines with only small structural changes, such as removing distinctive winglets not needed for short flights.

But Airbus appears to be among the first to make the little known sales tool the basis for an entire variant of jetliner.

"I would consider the A350-900 Regional more of a defensive move against the 787-10 than a proactive choice," said Rob Morris, senior consultant at UK-based aviation analysts Ascend.

"It is driven mainly by a marketing requirement: to create a consciousness that they can compete with the 787-10."

Others say the move is logical and implicitly recognizes that the launch of the 787-10 may lead to downward pressure on prices.

By splitting the A350-900 into different models, Airbus could target the 787-10 and protect the price of the main model.

"This would not be high volume. They would be trying to make an offering designed to protect their overall pricing structure, while pricing according to that niche," said Zafar Khan, UK-based aerospace analyst at French bank Societe Generale.

Airbus officials say flexibility and fine-tuning are what airlines want and make aircraft easier to finance and trade.

"If the aircraft and its range are structurally constrained, then when you get the plane back you have got to find a home for it in a smaller pool of operators, which means greater ownership risk," said John Higgins, president of Irish lessor Avolon.

The launch has already started a debate between Airbus and Boeing over which of their high-tech jets is more economical.

"I am offering a regional A350 that clobbers the 787-10 to individual airlines right now," said Airbus sales chief John Leahy, adding that some unidentified airlines had already signed up.

"Our airplane will be lighter, have more seats and bring our customers tens of millions of dollars in added value over its lifetime compared to the competition," said Randy Tinseth, vice president of marketing at Boeing Commercial Airplanes.

Although there is a global market for mid-sized passenger jets like the A350 and 787, the contest for the booming intra-Asian market is seen as a vital test for both programs.

Asian carriers fly 44 percent of all scheduled wide-body flights, and 77 percent of these stay within Asia, says Ascend.