Sudan: Food, seed and tools for nearly half a million people in Darfur 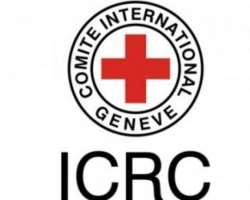 Sudan: Food, seed and tools for nearly half a million people in Darfur
Listen to article

GENEVA, Switzerland, July 30, 2013/African Press Organization (APO)/ -- Around 450,000 people in Darfur are being provided with food, seed and farming tools by the International Committee of the Red Cross (ICRC). Most of the aid is going to families in and around Jebel Marra and Jebel Si, and in areas near Zalingay. The distributions, many carried out with the Sudanese Red Crescent Society, will be completed in the coming days.

"In Darfur, sporadic violence between communities, and between armed opposition groups and government forces, continues to make it hard for people to lead normal lives," said Mulan Giovannini, deputy head of the ICRC's delegation in Sudan. “Most people receiving this aid depend on farming for their livelihoods. The seed and tools will enable them to take advantage of the planting season that begins with the onset of the rainy season.”

In addition, food items such as sorghum, beans, sugar, and cooking oil are being distributed to some 50,000 families. "Farmers often have no choice but to use any seed they have to feed their families," said Guive Rafatian, head of the ICRC sub-delegation in Zalingay. "That is why food aid is crucial, since it enables them to save the seed for planting."

"A good harvest depends mostly on good rains," said Hawa Abdallah, a farmer from Sullil in Central Darfur. "But the support we received from the ICRC will also have an impact. We're hoping for a good harvest that will give us not only the food that we need but also some cash income."

The ICRC has been working in Sudan since 1978. In 2004 it extended its operations to Darfur, where it helps people suffering the effects of armed conflict and other violence.