A Case For Strong Institutions 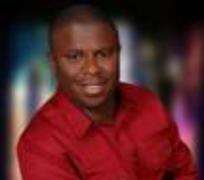 All men of goodwill who look forward to a more progressive and equitable world appreciate the tremendous good Transparency International, TI does with its periodic verdict on nations and institutions across the globe. Sometimes I just wonder what our world would look like without watchdogs like Transparency International that continually reminds us about the way we are.

Recently, TI released the 2013 Global Corruption Barometer, GCB and rated political parties and the Nigeria Police as the most corrupt institutions in Nigeria. TI's 2013 GCB is a product of interviews with a total number of 114,000 respondents across 107 countries between September 2012 and March 2013. The Berlin-based organisation said the primary aim of the 2013 GCB report was to explore respondents' personal experiences of paying bribes for government services on one hand and on the other, to gauge perception of the integrity of major public institutions. There is also TI's desire towards a better understanding of the willingness and disposition of citizens in countries under review to fight corruption.

From TI's investigation, Nigeria is among the 88 countries where anti-corruption effort is ineffectual. This verdict is ominous. Yet it has not provided leads or talking points in our media. This important issue was merely reported and left alone. I am sure I did not see follow-ups. So why are we not paying the needed attention to this uncomplimentary report which has the capacity of stalling our investment drive and growth efforts?

If corruption is any abuse of a position of trust, either by an individual or an institution to gain an unfair advantage, then this report by TI is incontrovertible. I know corruption has many layers but this report reminds me again of some of our nation's recent experiences that are not only irritating but reprehensible and regrettable.

If these two institutions (political parties and the Police) that I consider most critical to the growth and survival of democracy and our country Nigeria has been described in such very uncomplimentary terms by TI GCB report, then where lies our hope?

Have our political parties derailed from its lofty objective of seeking to influence or entirely control government course of action, usually by putting forward candidates with aligned political views? Your guess is as good as mine. But I hate to think like a few of our compatriots who are of the opinion that Nigeria is in reverse gear. Of late, I just noticed that some us are becoming more romantic about our past republics, particularly the Second Republic politics. Despite the shortcomings of that era, it still remains one of the most colourful and vibrant republics, that is if the focus is on political parties.

Many still remember principal characters of that era like Augustus Meredith Adisa Akinloye, national chairman of National Party of Nigeria, NPN and how he and his colleagues at the commanding height of NPN leadership held sway on every party issue. At the time, Alhaji Shehu Shagari was a member of NPN and president of Nigeria, yet he submitted himself to party rules and regulations. All that changed with the emergence of Chief Olusegun Obasanjo in 1999 and as they say, the rest is history.

Today, political parties are extensions of individuals' or group's personal estates. There is complete absence of principles, discipline, solidarity, group interest and camaraderie. A party member could be sanctioned at the flimsiest of excuses. While some have been suspended for their perceived popularity, others have suffered similar fates either for fraternizing with members of other parties or for holding a different view. At the bottom of the scramble we see in our parties is the desire to highjack party machinery for personal and selfish gains, and corruption is always the destination.

Yes, abuse of position of trust is corruption and this is prevalent in our parties. Nigeria's political parties must therefore look inwards and seek ways of ensuring that there is a level playing ground for every member. And to avoid a repeat of such an unflattering report in future like this one from TI, our parties must return to their traditional roles of seeking to influence government through their members with aligned political views. They must also stop forthwith, all forms of witch-hunt and intimidation against vocal members and perceived enemies.

For the Nigeria Police, I am not under any illusions, it is a long walk. TI's verdict therefore is something that is already known to Nigerian people.

The police force represents everything but the same purpose it is meant to serve. The problem of Nigeria Police is not all about the quality of persons that populate it or the culture but also of funding which is a creation of the Nigerian state. The state that does not fund its police and yet still expects optimal policing is a misnomer or a fallacy.

Every day, one is confronted with a plethora of woes of officers and men of the force. I am aware that more often than not, the individual police officer sources his or her kits from boots to uniforms and other accessories. It is also common knowledge that their take-home pay cannot really take them home in the real sense of that word. In barracks and duty posts, issues of low morale, welfare, training, lack of modern equipment and more echo. I acknowledge the fact that some state governments have done well for the police yet it is not anywhere near the ideal or what our expectation is from the force.

Under these circumstances, corruption will naturally grow and fester. Officers and men of the Nigeria Police live among us and are part of us, with needs and aspirations like any of us. They say every society deserves its police, perhaps our police is a reflection of our reality. But we must halt this reality if we hope to build a virile nation where safety of lives and property, law and order is a national priority.

The political crisis in Rivers State today is direct fallout from failure of the police which is predicated on the many challenges facing the force. We are all witnesses to the flagrant disregard and disrespect of Governor Chibuike Amaechi, an elected public officer by Mbu Joseph Mbu, Rivers State Commissioner of Police. Mbu as confirmed by the Nigerian Senate and House of Representatives has consistently worked at cross-purposes with the governor, thereby compromising the security situation in the state. This is explainable. Mbu and the police he represents will prefer to serve those who have the power to appoint or remove them instead of the Nigerian people as contemplated by the Nigerian constitution. Nigerians also watched the theatre of absurd that played out in Rivers State when five out 32 members attempted to impeach the Speaker of Rivers State House of Assembly. Sadly, while the assembly was on fire, the commissioner of police, like Emperor Nero, fiddled. Nigerians also saw how four Northern governors who were on reconciliatory mission to Rivers State were pelted and held hostage by hired thugs at the Port Harcourt Airport under the watchful eyes of the police. And in Rivers State, most people are of the view that the police high command is exacerbating the crisis in the state because of certain interests that must be protected at all costs.

Corruption therefore is at the root of institutional decadence, dereliction of duty, deficit of professionalism and political meddlesomeness that has characterised the Nigeria Police of today as can be seen in the case of Commissioner Mbu in Rivers State, a classic case of a political policeman who does not know his bounds.

As we consolidate our democratic experience, let me say that we must strengthen our institutions. The police for instance, must be structured to serve the interest of Nigerians and not the selfish and narrow desires of a few. It is a sad commentary that our political parties and the police emerged as TI's most corrupt institutions in Nigeria. This without doubt, calls for deep reflection. Nigerians therefore must work towards building strong institutions; this is the only way to guarantee justice, fairness, equity, peace and the rule of law.