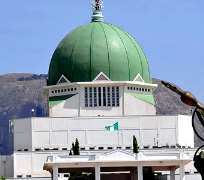 ABUJA, July 25, (THEWILL) - The Senate on Thursday concurred with the House of Representatives to immediately assume legislative functions for the crisis-ridden Rivers State House of Assembly.

The resolution was sequel to the adoption of the recommendations of its committee on State and Local Government.

The Senators after spending over three hours behind closed doors on the issue also called on the Inspector General of Police, to, "as a matter of urgency,” redeploy the Rivers State Commissioner of Police, Mr. Mbu Joseph Mbu from the state.

Consequently, they mandated the President of the Senate, Senator David Mark, to intervene and mediate in the Rivers State political crisis and see to its amicable resolution.

The three prayers sought by the committee headed by Senator Kabiru Gaya(ANPP, Kano) are: "That the Inspector General of Police, should as a matter of urgency, redeploy the Commissioner of Police, Rivers State, Mr. Mbu Joseph Mbu, since his relationship with the governor has broken down irretrievably.

"That the National Assembly should, as a matter of urgency, take over the functions and duties of the Rivers State House of Assembly, pursuant to Section 11(4) of the 1999 Constitution (as amended) pending the resolution of the crisis and restoration of peace in the Rivers State.

"That the Senate President should intervene and mediate in the Rivers State political crisis and see to the amicable resolution."

The take-over of functions and operations of the Rivers State House of Assembly by the National Assembly will be in agreement with Section 11 (4) of the 1999 Constitution.

The panel's report subtly indicted the presidency, wife of the President, Patience and the national leadership of the Peoples Democratic Party (PDP) over what it described as "perceived undue interference with the political and security structure of the state by the President, his wife, and national hierarchy of the PDP."

The report also indicted Amaechi in the crisis at the Rivers State House of Assembly on July 9 , which, it said, was "occasioned by the alleged high handedness of the governor."

It could be recalled that House of Representatives had earlier resolved to take-over the law- making functions for the state.

Other recommendations of the committee, which was not discussed in the plenary are; that: "All heads of security agencies in Rivers State should demonstrate high level of professionalism and ensure full cooperation with the state governor, who is the chief security officer of the state.

"That the Court of Appeal and the Rivers State High Court be allowed to respectively, determine cases of the removal of the party executive and the suspension of Obio/Akpor Local Government Council pending before them in the absence of any resolution to settle out of court."

The Senate also asked the Commissioner of Police in Rivers State to comply with the subsisting court order directing the police to vacate Obio/Akpor Local Government Secretariat to enable the reconciliation and restoration of peace in the state.

The committee also recommended that: "the Minister of State for Education, Mr. Nyesom Wike, should review and improve his relationship with his governor (Amaechi).

"That Governor Amaechi should review and improve on his relationship with stakeholders in the crisis for peace to reign.

"That the governor should revisit all those who claimed their houses were demolished and hotels acquired; and if necessary, restitution be made where necessary."