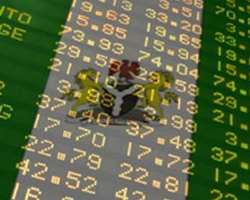 ...Proceeds on long recess
ABUJA, July 25, (THEWILL) – The House of Representatives, Thursday, said Nigeria’s revenue shortfall had hit N700.879 billion as at May .

Chairman of the House Committee on Finance, Hon. Abdulmumin Jibrin, who disclosed this at the plenary disclosed that the nation’s gross revenue budget for the fiscal year 2013 is put at N11,453,496 trillion.

He warned that the worrisome issue of crude oil losses and pipeline theft would spell doom for the nation, if the executive does not hasten to address it.

Meanwhile, the House has proceeded on its annual recess to reconvene in September.