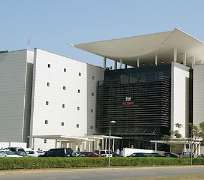 The Senator representing Ondo Central Senatorial District, Ayo Akinyelure has apologised for voting in support of the child marriage bill.

The people of Mr Akinyelure’s Senatorial District on Monday staged a peaceful protest in Akure, the State Capital against the voting of the lawmaker representing them in the Senate for supporting the child marriage bill.

Summoned by the constituents to a meeting held at the Cultural Centre Auditorium, Akure, which is also the Senatorial headquarters, Mr Akinyelure regretted the act and apologised to the people, explaining that he cast the vote in error.

He emphasised that as a true Yoruba man, he wouldn’t have intentionally voted in support of child marriage.

He said there is still hope in correcting the situation as the bill will still be passed at the House of Representatives and the States Houses of Assembly.

The Women Leaders of Labour Party in the six local government areas in the senatorial zone who spoke on behalf of the women condemned the support of the bill which she described barbaric.

Massive protests have greeted the Senate’s passage of a resolution to retain the provision of Section 29 (4) (b) of the 1999 Constitution. Under the section, a married underage girl is deemed to be an adult.

Prominent Nigerians and human right organisations took to the social media to protest what they described as legalisation of sexual abuse of underage girls.

The protests were held in parts of the country on Saturday such as Abuja and Lagos among others. Also, petitions were signed to protest the law.

The protesters might besiege all state Houses of Assembly and the National Assembly on Tuesday to call on the Senate to reverse itself.

Those who protested queried why underage Nigerians could not exercise their franchise at the poll but were being subjected to marriage at tender age.