COULD BOKO HARAM POSSIBLY BE RIGHT? 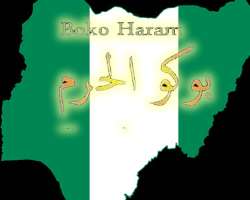 Make no mistake about it. I totally disagree with their methods. I abhor their violence. I loathe the taking of innocent lives. I detest their bestial, savage, barbaric killing of innocent school children. But then, could there possibly be something right about Boko Haram’s claim that western education is sin? The majority of Nigeria’s western educated elite so much vindicate Boko Haram’s position that the sect certainly does not need the current shedding of blood and wasting of lives to make its point. In any case, what is sin? In my view it is a violation of God’s laws such as lying, stealing, murder, adultery etc. It is a breaching of moral codes. It is a negation of ethical standards.

Most of Nigeria’s western educated elite particularly in public office exhibit these vices on an industrial scale. They steal. They lie. They cheat. Their wanton corruption has stunted a remarkably endowed country’s development resulting in the continuing avoidable deaths of millions of valuable lives. Yes, western education nurtures the intellect. It liberates the mind. It has led to the astonishing accomplishments of humanity in diverse spheres of endeavour. But it does not necessarily endow the individual with the moral values imperative for maintaining a decent, sane, humane and healthy society.

Most of Nigeria’s western educated elite simply utilise their acquired knowledge and skills to commit the most heinous sins against their country and fellow country men and women. A good example are those bankers whose venality and moral depravity resulted in the collapse of several banks with severe, damaging implications for millions of depositors and shareholders and with consequences that continue to haunt the fragile Nigerian economy. But let us move to another set of Nigeria’s western educated elite whose actions amply validate Boko Haram’s position that western education is sin.

The country has 36 governors. These eminent citizens represent the cream of the country’s western educated elite. Among them are medical doctors, lawyers, soldiers, engineers, architects, academics and so on. These respected citizens came together and voluntarily formed an association, the Nigerian Governors Forum (NGF). 35 of these highly enlightened citizens gathered in a room to elect their chairman. No one was coerced there.

We assume that they knew the meaning of elections and the implications of democracy before participating in the election. They voted. The votes were counted. The process was electronically recorded. A winner emerged. He had 19 votes. His opponent had 16 votes. Yet, the minority claims to be the majority. To these eminent western educated Nigerians, 16 is greater than 19. The loser not only parades himself as Chairman of the NGF, his faction has opened a secretariat in Abuja! This is is lying. This is cheating. This is deceit. This is a form of robbery. This is brazen fraud. This is original sin. Boko Haram members must be having a good laugh. They are surely vindicated. Western education, at least in this case, is grievous sin.

But let us go to a more tragic scenario. In 2011, we trooped to the polls and elected as President a man called Dr. Goodluck Jonathan. As a child he had no shoes. We identified with him. He went to the redemption camp and publicly knelt down before the revered Pastor Enoch Adeboye. We admired his humility. Many also voted for him because he is the first Nigerian President to have a university degree, a Ph. D for that matter. The Ph. D is the highest attainment in western education. The holder is a Doctor of Philosophy. He is assumed to be sound not only in knowledge but in character. He should be a beacon of integrity. But what are we seeing? This Ph.D holder is proving to be even more coarse, brutish and utterly disdainful of the rule of law, constitutionalism and the values of democracy than his rustic predecessor and benefactor who has now been publicly and irreparably deconstructed by General Alabi Isama as a blundering, cowardly and utterly incompetent General. But that is a matter for another day.

This Ph.D holder, despite denials by his aides, is clearly the one behind the crisis in the NGF. He openly expressed his opposition to Governor Rotimi Amaechi’s re-election as NGF Chairman. The presidency actively sought to coerce and intimidate governors against re-electing Amaechi. The election held. Amaechi won. The Ph.D holder lost face. As an academic and supposed intellectual, would he accept the verdict? Not on your life.

He publicly recognised the loser as the winner. He lent the weight of his prestigious office to falsehood. He encouraged deceit. He embraced lies. I hope the respected Pastor Adeboye is reading this in case somebody wants to play the kneeling game at the redemption camp sometime in future! Somebody has suggested that elementary arithmetic may not necessarily be a precondition for obtaining a most distinguished Ph. D. I disagree. For, it is not impossible that in the animal kingdom of Zoology, 16 is greater than 19. All hail! But then the tragedy got even messier.

This admirable product of western education has done everything to undermine the legitimate government of Rotimi Amaechi in Rivers State. He has divided the PDP in the state. He has caused mayhem in the state House of Assembly. He sanctioned, again according to the mysterious arithmetic of Zoology, the attempted impeachment of the Speaker by 5 members of a 32-member House. He has looked on indifferently as the Rivers State Commissioner of Police, Mbu John Mbu, continues to jeopardise the security of the state and compromise the personal safety of the Governor. To make matters worse, this Ph. D holder has allowed another Ph. D holder, Dr. Reuben Abati, to brazenly lie that the presidency has no hand in the Abuja instigated descent to anarchy in Rivers State. Luckily, the most amiable and adorable First Lady and co-President of Nigeria, Dame Patience Jonathan, has exposed the highly cerebral Dr.Abati’s lies.

She told a group of 16 Bishops from the South-South who visited her on Wednesday of her grouse with Governor Rotimi Amaechi. We now know why there is such a desperate attempt by Abuja to pull down Amaechi at all costs even if it means destabilizing the country and endangering our democracy. I once described the Jonathan Presidency as a distracted one obsessed with his ambition for a second term in 2015.

Many of my readers from the Niger Delta were unhappy with me. But the unfolding scenario in Rivers State proves this beyond doubt. For, Amaechi’s only crime is that he is suspected to have higher political aspirations in 2015 that may jeopardise Jonathan’s political interests.

Let us, therefore, apologise to Boko Haram. They have a point. In many ways western education is a grievous sin if a Ph.D holder can perpetrate, directly and indirectly, the kind of atrocities being witnessed in Rivers state. Is the Boko Haram leader, Imam Abubakar Shekau, reading this? Or can anybody reach him? Please drop your guns. Your point has been effectively made.