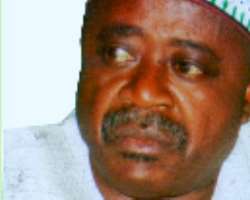 The Secretary to Kaduna State Government, Mr. Waje Yayok, who was kidnapped last Monday may have been held in a hide-out in Edo State, a family source told Sunday Trust last night.

Though the police kept sealed lips on his whereabouts, the Kaduna State Police Public Relations Officer, Alhaji Aminu Lawal, told our reporter that, “we are making progress.”The police had vowed to secure the release of the SSG in 24 hours, but apparently over 144 hours after the kidnap, the police seemed to be at a loss as to how to rescue Yayok from his abductors.

A close family source told this newspaper that the senior government official was actually kidnapped at a relaxation spot in Kaduna metropolis, contrary to earlier police claim that he was abducted in his home town, Manchok in the Southern part of the state.The source told Sunday Trust that already the sum of N2 million had been paid to the kidnappers as “feeding allowance,” of the SSG. Since his abduction, the source added, the kidnappers had been allowing Yayok to speak to his wife every night to assure her of her husband's safety.Despite several assurances that the police would unravel the abduction case, an inside source said that not much was happening.

But the Kaduna State Police Command said that it was still making progress in its effort to secure his release.The President of Moroa Development Association, Comrade John Duniya told Sunday Trust last night that his kinsmen had to resort to prayers to facilitate the release of the SSG, even as they appealed to the kidnappers to see reason and release their brother.Comrade Duniya said, “the kidnap of our brother is very unfortunate and unprecedented. We are appealing to the kidnappers to see reason and release our brother.

We are equally mobilising the faithful to pray for the release of our loved one. We appreciate the Kaduna State government's efforts in trying to secure the release of the SSG.”Cont'd from page 1

Sunday Trust reliably gathered last night from a senior government official in the state that the Kaduna State Government believed that if the State Police Commissioner, Alhaji Tambari Yabo Muhammed, had liaised with telecommunication companies in the country, they would have been able to resolve the riddle without delay.

Also, Sunday Trust gathered that there was a lack of synergy between the security organisations in the state and this seemed to be the main reason why it was taking a longer time to secure Yayok's release.SSG Yayok's is the second kidnapping case in the state after that of Canadian woman Julianne Mulligan Ann, a rotarian who came to the state on an exchange programme in April this year.

Also last Thursday, a Zaria-based businessman, Alhaji Bala Maikusa, Chairman and Chief Executive of Albabello Trading Company, was abducted in his Tudun Jukun residence, Zaria. There is no clue as to where he has been taken to as at last night.