Armed Robbers Kill Senator Ayo Arise's Driver And One Other 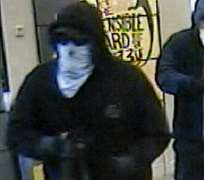 Nasir (39), who was Senator Arise's driver for 14 years left Ado-Ekiti for Ibadan yesterday to buy Tokunbo Car and had gone to a branch of GTBank to withdraw cash to pay for the car.

On his way from the Bank, he was attacked by armed robbers, who shot him and his cousin, Monshood, who accompanied him to the bank.

Both Nasir and Monshood died at UCH, Ibadan late yesterday.

Reacting, Senator Arise, who spoke with our reporter on phone said he was yet to believe that Nasir was dead.

He said while trying to fight tears; "That boy was like my own son. He has been my driver since 1999, that is 14 years.

"I just wonder when we are going to free from these criminals in this country.

"Here is a boy whom I trusted with everything. I used to send him to bank to collect huge sums on money without exhibiting any fear because he was honest and sincere.

"He left Abuja for Ado-Ekiti on Tuesday so that he can pick me up at the Akure Airport on Friday. Yesterday, he decided to go to Ibadan to buy a used car.

"Now they have killed him just because of N650,000. This is too heavy a burden for me to bear and I just hope our law enforcement agencies will be alive to their responsibilities in this country."

He called on the police to fish out the killers, saying; "those who killed Nasir must not go unpunished."