Your probe into Rivers crisis is one-sided, ACN tells Police 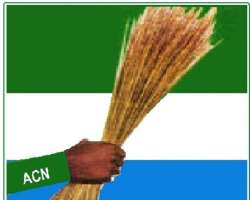 
The Action Congress of Nigeria (ACN) has urged the police to be more circumspect and avoid being partisan in their ongoing investigation into the crisis in Rivers State, if the outcome of the investigation is to be acceptable to Nigerians.

In a statement, Thursday, by its National Publicity Secretary, Alhaji Lai Mohammed, the party said the fact that only the security aides of Gov. Chibuike Amaechi have been invited to Abuja for questioning by the police hierarchy, and also the fact that only the majority leader of the State House of Assembly, Chidi Lloyd, has been declared wanted, have provided an insight into the thinking of the police on the issue.

It wondered why Rivers Police Commissioner Mbu Joseph Mbu, who provided cover for the five renegade lawmakers to attack the House while failing to provide security for the House to sit, and the leader of the renegade lawmakers Evans Bipi, who allegedly started the crisis in the House by punching Lloyd and the Speaker of the House on the face, were not invited along with the others.

'As the saying goes, it takes two to tango. Definitely there are twosides to every issue, including the crisis that rocked the House of Assembly last week. It therefore amounts to awarped investigation to focus onlyon one side, as the police appear to be doing. This kind of investigation can only lead to jungle justice, and further erode the credibility of the police, who have now descended into the arena instead of staying abovethe fray.

'This is why we warned, in our earlier statement, that the policeshould go beyond addressing the symptoms inits efforts to unravel the role played by the security agency in the festering crisis. We hate to say that the action of the police hierarchy has vindicated us,' ACN said.