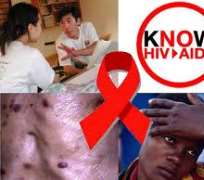 The African Union Heads of State and Government have gathered here in Abuja, Nigeria, in accordance with the decision of the Assembly of the African Union to convene a Special Summit on HIV/AIDS, Tuberculosis and Malaria.

2. The two-day Summit, from 15th – 16th July, 2013 was preceded by the statutory meetings of the African Union Executive Council and the Permanent Representatives Committee (PRC). The Special Summit is essentially to review progress made since the last three Summits on HIV/AIDS, Tuberculosis and Malaria held, here in Abuja, Nigeria and to take concrete actions on bringing to an end the devastation of the three major causes of morbidity and mortality in Africa.

3. It is relevant to state that the successes achieved, so far, in combating these diseases had been due in large part to the leadership and commitment at the highest level of African leaders. This reality underscores the importance of the present Abuja Summit which has attracted a large participation of Heads of State and Government.

4. With respect to the participation of H E President Omar Hassan El-Bashir of the Republic of The Sudan, it should be emphasized that Nigeria, as an active member of the continental body, is under an obligation to comply with the decision of the African Union on the Special Summit. The decision to hold this Summit was taken by the Assembly of Heads of State and Government of the African Union. Therefore, member states do not require the invitation from Nigeria to attend. Indeed, standard Host Country Agreements for such Summits grant privileges and Immunities to all foreign participants expected at the conference, including obligations on the

part of host countries to provide all the necessary facilities for the entry and exit to participants. President El-Bashir was therefore in Nigeria under the auspices of the African Union, based on the Assembly decision to convene the Special Summit in Abuja, to deal with three diseases that together constitute a heavy burden on

Member States. Any attempt to make an issue out of the attendance of President El- Bashir at the AU Summit will only serve to unnecessarily shift focus away from the important objectives of the Special Summit. It is therefore a matter between the African Union and the international community.

5. For the records and avoidance of doubt, Nigeria's position in this regard is consistent with the AU Assembly decision adopted at the 13th Ordinary Session of the Heads of State and Government in Sirte, Libya on 3rd July, 2009, as it concerns President El-Bashir of The Sudan.

6. In this regard, it is worthy to recall that following the lack of action on the request by the African Union to the UN Security Council to defer the proceedings initiated against President El- Bashir in accordance with Article 16 of the Rome Statute of the ICC, the AU Assembly of Heads of State and Government decided inter-alia that the “…AU Member States shall not cooperate pursuant to the provisions of Article 98 of the Rome Statute of the ICC relating to immunities, for the arrest and surrender of President Omar El-Bashir of The Sudan…” The AU decision further reiterated its request to the UN Security Council and appropriate response is still being awaited to-date. As a responsible member of the AU, Nigeria has a duty to take full cognizance of this decision in the overall interest of Africa.