Nigerian Army Got It Wrong With Hezbollah 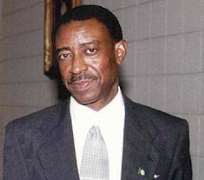 A few months ago, the Nigerian Army announced that it had uncovered several caches of sophisticated weapons in the Nigerian city of Kano. It stated that these arms were found in houses owned by Lebanese nationals. These include anti tank guns, rocket propelled grenades, anti aircraft missiles, rifles and thousands of rounds of ammunition.

The army announced that these arms were meant for the Boko Haram terrorist group currently fighting the Nigerian government, courtesy of Hezbollah of Lebanon. It announced the arrest of four Lebanese nationals whom it claimed were working for Hezbollah. Army spokesman Captain Ikedechi Iweha stated 'all those arrested have undergone Hezbollah training........the arms and ammunition were to be targeted at facilities of Israel and Western interests in Nigeria'. However, the Lebanese Consul in Kano, Khallel Musliman stated that the house where the arms were found belonged to a Sierra Leonean named Abdu Hassan Tahir. About 75% of the 31,000 Lebanese nationals currently living in Nigeria are Maronite Christians and Sunni Muslims, with the Shiites in the minority. They have been largely peaceful and law abiding.

An astute observer of Islamic politics will notice that the Nigerian army has been careful to avoid mentioning the confessional status of those arrested. The army did not state whether they are Sunni or Shiite Muslims or Christians. This is very important and relevant. If they are Sunni, the possibility of helping Hezbollah smuggle arms is zero. If they are Christians, that will be impossible. If they are Shiite-what interest does a Shiite organization like Hezbollah have in strengthening and supporting a Salafist Sunni organization like Boko Haram. There are about 70 million Sunni Muslims in Nigeria and 5 million Shiites.

An alliance between Shiite Hezbollah and Sunni Boko Haram will be unusual given the antagonism that exists between the two sects. Fast forward. After the death of Mohammed a crises over his succession arose in Islamdom. One group wanted his son inlaw Ali to inherit his mantle and succeed him. Another group wanted the next leader to be elected based on capability. Therefore a schism arose. Those who wanted his son inlaw to succeed him became known as Shiites, While those who wanted the leader to be elected became known as Sunnis. The Shiites believe the Mahdi has already been here and will return from hiding, while the Sunnis believe the Mahdi is yet to emerge into history. The Sunnis have a hierarchical structure of leadership-Grand Ayatollahs, Ayatollahs, Hojatolislams, etc, while the Sunnis don't. Despite their differences, they also have commonalities-both sects believe in the five pillars of Islam and the Koran. 90% of the world's Muslims are Sunni, while 10% are Shiite. There are only four majority Shiite nations in the world-Iran, Iraq, Bahrain and Azerbaijan. Lebanon is 40% Shiite. In short, the Sunnis do not recognize the Shiites as legitimate Muslims, but as heretics and syncretics.

A lot of the conflicts in the Middle East and the Islamic world have had the Sunni-Shiite antagonism behind it. Majority of the Arab governments opposed the Shiite Islamic revolution in Iran, because it threatened the Sunni dominated governments in the Gulf. Saudi Arabia sent in troops to suppress the majority Shiite rebellion in Bahrain, because it threatened the minority Sunni regime in that country. Majority of the Arab governments except Syria, supported Saddam Hussein in his war against Iran as a way of containing the spread of Shiism. Hamas, a Sunni organization did not support Hezbollah during their conflict with Israel. Also, Hezbollah a Shiite organization did not support Hamas during their conflict with Israel. The current conflict in Syria is a microcosm of the conflict between the two sects. Bashir Assad and those who currently run Syria are from the Alawite sect, an offshoot of the Shiites and those trying to overthrow the regime are majority Sunni. That is why Saudi Arabia, Turkey, Qatar, United Arab Emirates and the Muslim Brotherhood in Egypt are supporting the rebels, while Iran and Hezbollah are supporting President Assad. Currently in Egypt and Pakistan, Shiites are been hunted down and slaughtered by their Sunni compatriots. In Lebanon, they are at each others throat in the city of Sidon. With the above facts in mind, Hezbollah does not have any political, religious or ideological reasons to arm and strengthen the Sunni Boko Haram rebels.

However, should Hezbollah choose to send arms into Nigeria, it can do so through its affiliate in Nigeria- the Islamic Movement in Nigeria. A Shia organization, it was founded in 1980 by Ibrahim Yacoub El Zakzaky, a Shia Muslim cleric who was educated at Ahmadu Bello University. Born in Zaria where the organization has its headquarters, Zakzaky has nine children and has been jailed several times by the successive military regimes. He is a follower of Sayed Qutb, the intellectual face behind the brotherhood and whose ideas form the basis of Al Qaeda's ideology today. A protege of Iran, Zakzaky is creating a radical socio economic, political and military system that resembles that of Hezbollah in Lebanon. Like Hezbollah, the Islamic Movement in Nigeria has a newspaper Al Mizan, a radio station called Shuhada and a television station in the making. Al Mizan, published in Hausa is reported to be the largest mass circulation newspaper in Nigeria today. But most ominously, it has an army like Hezbollah called the Hurras.

The Hurras are trained and equipped by Iran's Revolutionary Guards. Their fortified compound in Gyellesu, Zaria is a no go area for even the president of Nigeria. Recently, Kaduna State Governor Muktar Ramallan Yero was prevented from driving into the compound with his police escorts to visit an ailing friend. He was forced to alight from his car and walk into the compound on foot by the Hurras. This behavior infuriated the Sunni youths in Zaria who promptly attacked the compound and tore down the gate. A spokesman for the movement Dr. Abdullahi Danladi states that Governor Yero was refused entry into the compound with his escorts 'because of the caliber of people living in Gyellesu for security concerns'. Who lives in that compound that is more important than the governor of the state?. Your guess is as good as mine. In 2007, a fiery anti Shia cleric Umar Danshiya was assassinated in Sokoto by members of the Shia movement. This infuriated the authorities in Sokoto who promptly demolished the Islamic Center belonging to the Islamic Movement.

The Islamic Movement in Nigeria is quietly building a state within a state in Zaria. With a support base of 1,000,000 subscribers and supporters, it is a matter of time before they strike out like Hezbollah in Lebanon. In anticipation of when that time will come, Zakzaky has thoroughly compromised the Nigerian army, police and other security agencies. President Jonathan and army chief Ihejirika were correct when they stated that terrorists have infiltrated Nigeria's security agencies. In my opinion, they are more dangerous than Boko Haram. Hezbollah does not need individual Lebanese to carry arms to Nigeria when it has a competent surrogate that can handle the job. When it does, those arms will be going to the Shiite Islamic Movement in Nigeria and not Sunni Boko Haram.

Disclaimer: "The views/contents expressed in this article are the sole responsibility of Leonard Madu and do not necessarily reflect those of The Nigerian Voice. The Nigerian Voice will not be responsible or liable for any inaccurate or incorrect statements contained in this article."
Articles by Leonard Madu
25-2-2013  Obama's Luo People19-2-2013  Who Are The Sunnis And The Shiites?.20-1-2013  In Africa, Islam And Christianity Coexist Harmoniously18-1-2013  Who Are The Sunnis And The Shiites?18-1-2013  The Muslim Brotherhood:face Of Political IslamMore...