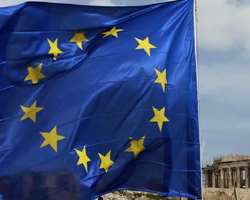 Just three months since its launch in a blaze of publicity, Germany's anti-euro party is failing to strike a chord with voters and is unlikely to fulfill predictions it will pose a threat to Chancellor Angela Merkel in September's election.

Despite recent developments in Greece and Portugal reviving fears of another flare-up in the euro crisis, polls show support for the Alternative fuer Deutschland (AfD) languishing around 2 percent, short of the 5 percent needed to enter parliament.

Broad public approval for Merkel's handling of the euro zone crisis and a pro-European political consensus combined with Germany's relative immunity to the problems means there is little appetite for an anti-euro party, pollsters and analysts say.

Led by a motley group of mainly academics and journalists, the AfD also lacks a charismatic figure in the style of Italy's Beppe Grillo, whose stunning electoral success this year gave hope to populist movements elsewhere. It has even suffered from a perception that some members have links to the far right.

"There is simply no question mark over the currency itself in the election," he said. Like many other analysts, he sees the AfD scoring around 2 percent.

In stark contrast to other euro zone states where hostility to Europe is growing due to painful austerity measures and soaring youth unemployment, the crisis has had a limited effect on Europe's biggest economy.

German growth has slowed, but the jobless rate of 6.8 percent is close to 20-year lows and the biggest union has agreed an inflation-busting wage hike.

Most Germans are committed to the EU, and the main political parties agree keeping the euro is in the national interest.

"The euro was never popular in Germany and still isn't, but people are used to it and voters see no reason to vote for the AfD," said Manfred Guellner, head of the Forsa polling group.

In fact the euro crisis has not featured much in a campaign which has in the last couple of weeks been dominated by reports of intrusive surveillance methods employed by U.S. intelligence.

The problem for the pro-European Social Democrats (SPD) is that they cannot attack Merkel on European policy, including bailouts, because they agree with her.

Merkel's conservatives lead the SPD by up to 19 percentage points in polls. But it is unclear if she will be able to form another centre-right coalition with the Free Democrats (FDP) as their support has sunk to a third of its level in the 2009 vote.

RATTLED
Launched in April with the headline-grabbing policy of an "orderly dismantling of the euro", the AfD made waves at first.

The party briefly rattled some of Merkel's conservatives and some in the more euro-skeptical FDP and they denounced it as a group of scaremongers and populists. Yet the AfD has signed up 15,000 members and has 39,000 Facebook fans.

That may be tiny in an electorate of 62 million, but analysts say the party could still take votes from the conservatives and FDP, possibly even robbing the FDP of crucial points it needs to enter parliament and Merkel needs for another centre-right government.

A high profile catch came this month when it lured Internet activist Michaela Merz, a former FDP consultant, to its board.

"We're not a party that has been making policies for a long time, with party interests," she told Reuters. "I think it's important that experienced citizens, businessmen, professors also take part in politics," she said.

AfD leader Bernd Lucke, a conservative economics professor and father of five who works in Hamburg, is not perturbed by his poll ratings of about 3 percent, which he says is "not so bad".

"After all, lots of people don't know us yet. The campaign will change that," Lucke told Der Spiegel. "The euro crisis is very complicated and a sizeable portion of the population still follows the government.. That our arguments have not yet reached many people doesn't mean we are wrong," he said.

But to many, a posed photograph in Der Spiegel of Lucke with the deputy head of the radical Left party, with which it has little in common, smacked of desperation.

Lucke has also had to reject accusations that some supporters sympathize with the far right.

Outside the hotel where the party launched its program, newspapers popular with the right-wing militants were being handed out. One supporter hit the headlines with calls for unemployed people to sell their organs and another said people from the "very lowest class" should not be allowed to vote.

The stigma of subscribing to extreme views in Germany, haunted by its Nazi past, has alienated voters, say pollsters.

Many analysts say the AfD is doomed. For Germans, who above all fear instability, single-issue parties are anathema.

"They will not become a political force," said Guellner, who argued Germans want parties that are competent on a range of issues. He compared the AfD to the Pro-DM (deutsche mark) party, founded in 1998 to fight the introduction of the euro but which never gained much nationwide popular support.

Guellner said the AfD overestimated potential support from conservatives who in the end are usually loyal to their party.

"They haven't found the right, charismatic person to lead it - there isn't a Joerg Haider as they had in Austria. But there is latent potential for a populist party here, just not one that is made up of conservatives with Christian values," he said.