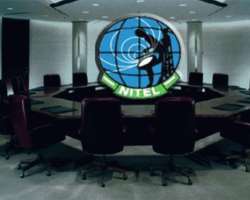 
After several failed attempts, the fifth meeting of the National Council on Privatisation (NCP), for the year, Thursday announced the appointment of a liquidator for Nigerian Telecommunication PLC and MTEL, the GSM arm of the company.

The meeting presided over by Vice President Namadi Sambo at the State House, announced Olutola Senbore & Co as the liquidator with a six-month mandate.

Making the remarkable step taken by the federal government known to the State House correspondents at the end of the meeting, the Minister of State for Finance, Yerima Ngama, in company of the Director-General of the Bureau for Public Enterprises (BPE), Benjamin Diki, said government expects the two firms to be sold off as ongoing concerns to continue in the same line of business.

Ngama said eight companies bided to  liquidate the national telecom and at the end, five were pre-qualified and one picked after final analysis.

“We are also  happy to announce that at last, a liquidator has been appointed for NITEL and M-TEL and this liquidator was reached after several bids were received from about eight companies. At the end of the day, five were pre qualified and after analysis, we picked a successful liquidator, Olutola Senbore and Co. He is now the successful liquidator” Ngama said.

Also speaking, Diki assured that unlike some previous privatisation exercises in the past, there will be no dismantling of the assets of the firms and then selling them differently, but the process will be similar to the sale of National Fertiliser company in Onne, Rivers state, to global fertiliser giant, Notore.

He further stated that the process of liquidating the firms in one piece is to protect the shareholders even as he stated that “this time around, we expect the sale of NITEL to be a success”.

The liquidator and interested investors are expected to carry out due diligence on NITEL and MTEL after which preferred prices will be set by the BPE ahead of the privatisation process.

Ngama said the Council also approved the partial privatisation of the Bank of Industry (BoI) and the Bank of Agriculture.

He explained that this is meant to reposition the banks with a private sector outlook and muscle to attract additional domestic and international funds.

“We have operated them for long and we think we should get the private sector in to bring in additional financing. We need partners to reposition the banks and help them raise funds”, he said.

The pre-qualified bidders are required to provide post-qualification security of $15 million for Kaduna distribution company and $10 million for Afam power plant.

The Council also gave the go-ahead to BPE to set aside N59.55 billion from the sale of Egbin power plant for operations of the Nigerian Bulk Electricity Trading Plc (N50b) as payment guarantee for the Power Purchase Agreements (PPAs) to be signed with privatised power generation companies.

The BPE will keep the balance of N9.55b to assist it proceed further with the privatisation process, including consultancy works.

Furthermore, the Council resolved that the expertise of BPE be deployed in the process of privatising some national assets like the river basin authorities, national parks and the national stadiums.

“We have also noticed that over the years the BPE has gained experience in preparation of companies for privatization so as part of efforts to conserve the  internal competences and expertise we have in the BPE are now going to be conserved to prepare potential companies for privatisation”, said Ngama.

For this purpose, in-house teams in the BPE are to be set up to examine them and evolve frameworks that would guide the sale process.