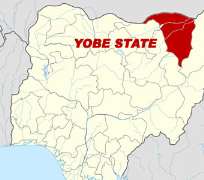 SAN FRANCISCO, July 11, (THEWILL) – The Yobe State Government said on Thursday that it will soon unfold a plan to protect schools in the state from terrorist attacks.

The plan is coming in the aftermath of the killing of 32 persons, mostly students, at the Government Secondary School, Mamudo, near Potiskum.

The government has also ordered that students of the school be moved to a new site recently built by the current administration in the state.

Commissioner of Education in the state, Alhaji Mohammed Alamin, who made the disclosure, said Governor Ibrahim Gaidam will soon set up a committee to look at the secondary education sector and propose ways to better protect staff and students and improve teaching and learning as well.

The Commissioner said the State Government is currently equpping 17 new boarding schools recently completed and that the committee will look at how to merge smaller secondary schools, including that of Mamudo, and move them to some of the newly built boarding schools.

“GSS Mamudo is one of many built by previous administrations but not equipped to standard. We are now devoting large amount of resources to fence some of these schools and provide them with needed facilities.

We have renovated 16 now and work will continue. But we feel it is better to merge some of them and move them to the new boarding schools we have built,” he said.

The Commissioner said the State Government has already started liaising with security agents and community leaders around the state to find a way of ensuring adequate security for the schools.

“This is why His Excellency Governor Gaidam ordered the closure of the school until the new academic session in September. We will work within this period so that when school resumes, we will have a conducive and secure environment for all our students and their teachers,” he said.