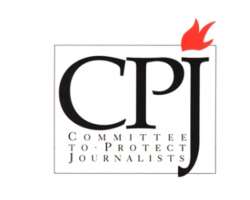 NEW YORK, July 11, 2013/African Press Organization (APO)/ -- The Committee to Protect Journalists condemns an amendment to a media law adopted by the Gambian parliament that imposes lengthy prison sentences and heavy fines on individuals who use the Internet in any capacity to criticize government officials.

"Gambian authorities are trying to protect themselves by denying their citizens the right to use modern communications fully," said Peter Nkanga, CPJ's West Africa consultant. "This amendment should be repealed immediately."

The Gambian Parliament on July 4 amended the 2009 Information and Communication Act to introduce a 15-year jail term and fine of 3 million Dalasis (about US$100,000) to any individual convicted of using the Internet to spread false news or make derogatory statements, incite dissatisfaction, or instigate violence against the government or public officials, news reports said. The penalties apply to individuals living in the country or abroad, the reports said.

Information Minister Nana Grey Johnson said the amendment had been passed to prevent Gambians from engaging in "unpatriotic behavior" against the government and public officials, according to news reports.

On April 16, the Gambian parliament amended the country's Criminal Code Act to include the president, vice president, ministers, and members of the National Assembly as public servants. The regional watchdog Media Foundation for West Africa reported that the amendment runs counter to the country's constitution, which does not recognize these officials as public servants. The amendment also increased the penalty for providing false information to a public servant from six months and a fine of 500 Dalasi (about US$15) to five years' imprisonment and a fine of 50,000 Dalasi (about US$1,515), Amnesty International reported.

The Gambia has employed other repressive tactics in recent months. On April 18, authorities banned the use of Voice over Internet Protocol (VoIP) services like Skype by companies and individuals at Internet cafés, citing "national interest," the state-owned Daily Observer reported.