EGYPT AND THE LESSON OF ANOTHER REMOVAL 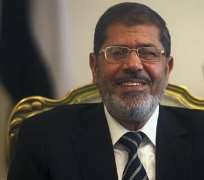 For many around the world who are as shocked as this writer at events unfolding in Egypt, there is denying the fact that the country is in both trying and troubled times. Not many would have believed a coup, as quiet and quick as it was yet supportive of most Egyptians, could remove a democratically elected government which came into power just over a year ago.

Having seen events taking place in what became known as the Tunisian Uprising in Tunisia, the Arab Spring quickly saw itself spilling over to Egypt whose sit-tight leader who had held the state for over 35 years was swiftly forced to resign amidst protests at the famed Tahrir Square. It was believed for the first time that Egyptians were serious about taking the destiny of their country into their own hands. Even when the chequered 15-month tenure in office between February 2011 and June 2012 prompted unprecedented criticism of the military, the military of course had to back down by quickly holding elections which for the first time in nearly 30 years brought Egyptians, both old and young out to vote towards a shaky path to democracy.

By the time Mohamed Morsi and his now faltering Muslim Brotherhood came to hold the reins of power, it all seemed Egypt was on the path of a new era. A lot from most Egyptians who had all come out to remove the last vestiges of the Hosni Mubarak era was expected. An embrace of democracy, secularity and freedom more than ever before among other obvious demands, were some of the expectations the ever boisterous Egyptian youth yearned for and did not need to ask their new government before they were granted. The moment these began to lack, Egypt would once again embrace another round of revolution. But why did Egypt’s revolution go wrong just a year after its people seemed to have set things right?

Aside from the fact that too much was expected from the regime, owing to years of political and economic decadence, the new government was not willing to act within the ambit of political consensus. The Morsi government saw itself as having arrived and therefore, felt all powers should be arrogated to it to make the revolution workable. It would be recalled that from as early as November 2012, there had been calls by the Egyptian military, as a result of Mr Morsi’s divisive policies, most especially when he issued decrees that put him above the law, placing them outside judicial scrutiny to stem the tide.

Also, the constitution which was to serve as a road map for Egypt was highly criticised by a wide section of the populace and the opposition for its Islamist leanings. As a result, the government began to lose the support people had for it from the beginning.

Mr Morsi was never interested in consensus not until when protests became worse, with him repeatedly claiming he was willing to share power with his opponents and then once again restated he would agree to a government of national unity and parliamentary elections within months. Mr Morsi’s albatross was his inability to see the impending disaster and listen to wise counsel.

The statement coming from the military noted that a clear warning that the Egyptian state was on the brink of collapse was given by the army chief to Mr Morsi, while they extended several invitations for dialogue to end the political deadlock which had begun rearing its ugly head in the last couple of months, yet the Morsi presidency rejected all advances. With national security further threatened, the military had no choice than to take control of the surging unrest.

Since the removal of Mr Morsi, commentators have been asking whether the event was a coup or revolution. The African Union swiftly met at Addis Ababa, and suspended Egypt from the continental body until the restitution of constitutional order. The Nigerian government on the other hand, and being a big player on the continent, also called Mr Morsi’s removal a coup and ordered a quick return to democratic institutions while Western media and their leaders have been quite cautious to call the events there a coup.

Whatever the case, the yelling, protests and political logjam which had been brewing since January, cannot but prove to be a revolution if the series of varying forces calling for Mr Morsi’s removal is anything to go by. The fact that the people had once again, like the actions which swept Mr Mubarak away, called on Mr Morsi to leave with the military and powerful police force listening to the yearnings of the people goes to show that Egypt has come of age and would do anything to protect its 2012 revolution.

Mr Morsi and his supporters argue that the regime was confronted heavily at all fronts with a hostile bureaucracy left over by Mr Mubarak yet failed to act in ways that could stem the tide. As the political imbroglio continues, with Egypt torn between pro and anti-Morsi supporters, there is a need for leaders most especially in Africa to learn and understand that the people are what make a society. The moment they are taken for granted, as was evident under Mr Morsi, it gives room for changes. Egypt may have successfully truncated the democracy she had steadily built; however, the implication of this for the region and Arab world will continue to be debated in years to come, if not to further the Arab spring of 2011.