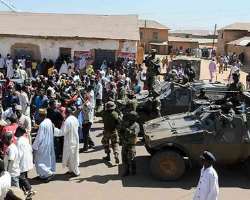 SAN FRANCISCO, July 07, (THEWILL) - As reactions continue to trail weekend's killings of 31 students and a teacher at the Government Secondary School, Mamudo, Yobe State, the State Government has shut down all secondary schools in the state.

Mamudo is on the Damaturu-Kano Road and 92 kilometres west of Damaturu, the state capital.

The government has also disclosed that all boarding schools in the state will be fenced with the military Joint Task Force (JTF) providing the needed security in all the schools.

Saturday's attack brings to two the number of such attacks on schools in the state. In the first attack, seven students and two teachers were killed at Government Secondary School, Damaturu last month by the Boko Haram insurgents.

The closure, which takes effect from Monday, is coming as the death toll in the attack carried out by Boko Haram insurgents rose to 33 as two more students and a resident of the village who were initially injured in the Saturday morning attack eventually died on Sunday at an hospital in Potiskum where they were receiving treatment.

The order for the closure was contained in a statement by the governor of the state, Ibrahim Geidam, which was signed by his Special Adviser on Media and Information, Alhaji Abdullahi Bego, on Sunday.

According to the statement, "The measure is to allow government in collaboration with the Military Task Force and community leaders to evaluate and evoke better and additional strategies that would ensure the safety of and security of students and their teachers.”

The State Commissioner of Education,Alhaji Mohammed Lamin, had informed the governor of the rise in the death toll when the governor visited the school on Sunday.

Lamin had, initially after the attack on Saturday, said 29 students and a teacher were killed by the gunmen in their hostels and staff quarters.

But while briefing the governor,who visited the school on Sunday, the Commissioner said “Two students died at the hospital beds along with one resident of Mamudo at the General Hospital, Potiskum."

According to Lamin, "The armed hoodlums had after the Saturday dawn attacks on this school, traced and killed a resident of Mamudo in his bed, raising the death toll to 33.”

Explaining how the students were killed, the Commissioner said “The armed hoodlums assembled the students before shooting at them from different directions, while the students scrambled for safety for half an hour in the morning.”

Governor Gaidam, who was visibly touched by the killings, described the incident as inhumane, stressing that God will expose the perpetrators and sponsors of the dastardly acts.

He called on the security forces to change their modus operandi of checking the activities of the insurgents so as to end the incessant attacks and killings of innocent people in the state and the country at large.

The Yobe governor also called on the Chief of Defense Staff and the security forces to as a matter of urgency, consider the restoration of the Global System of Mobile Communications (GSM) services in the three states under emergency rule, saying the residents were finding it difficult to report perpetrators of the acts to security agencies.

Geidam disclosed that residents of the state, who are now willing to give security agents relevant and timely information,are currently finding it difficult to reach the JTF and the Police.

He said in the two separate attacks on schools in the state, it was reported that residents saw the hoodlums at the suburbs of Damaturu, the state capital, but the JTF could not be reached because of the shutting down of GSM services.