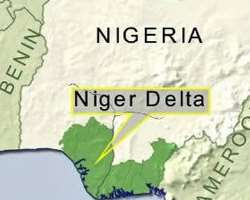 
The candidacy of an alleged self confessed murderer and cultist, Mr. Nengi Ikiba for the Presidency of the Ijaw Youth Council, IYC, is currently causing ripples within the rank and file of the association, pointblanknews.com has been informed.

Mr. Ikiba was alleged to have though a police statement, confessed to have been the brain behind the Icelander and the Greenlander cult groups notorious for series of murder cases in Bayelsa State and beyond.

Consequently, a socio-cultural group, the United Front for a Progressive Ijaw Nation (UFPIN) has called for the immediate disqualification of candidates with criminal records from running for positions in the forthcoming Ijaw Youth Council (IYC) elections.

UFPIN, which was particularly disturbed with the antecedents of one of the candidates vying for the Presidency of the Pan Ijaw Youth body, Mr. Nengi Ikiba recalled with dismay his notoriety for crime and criminality within Ijaw land and beyond.

In a joint statement issued by its President, Mr. Ebiteowei Magnus, Secretary General, Prosper Tamuno and PRO, Amanimi Toikumor, explained that, the group's call for Nengi Ikiba to be disqualified is as a result of confessional statements made by him to the Police of committing murder and other crimes against fellow Ijaws and the Nigerian State.

According to the UFPIN leaders, Mr. Ikiba, who is also known as 'Cockman' recently confessed to have founded the ICELANDERS Cult group in Rivers State and later the GREENLANDERS in Bayelsa after he fell apart with some members of the ICELANDERS group he had recruited due to some irreconcilable differences.

The UFPIN statement further explained that, 'Cockman' also confessed to have masterminded the murder of so many persons, including one Tombra (a.ka. Tom B) from Amassoma at OMPADEC area of Amarata in Yenagoa, the Bayelsa State capital.

The Socio Cultural group noted that, it would be morally wrong to have such a self confessed murderer run for an office in an esteemed body like the IYC at a time when the Ijaw Nation and the IYC as a body have fully embraced the Transformational programmes and policies of the Federal Government, which is under the leadership of a son of the Niger Delta.

The statement read in part, 'We cannot surrender our hard earned reputation and peace as a people to a criminal who will end up taking us back to those gory days, when our most vibrant and promising youths were sacrificed in the name of senseless cult wars and rivalries. Allowing him to run as a candidate in its self is a big smear on the reputation of the Ijaw nation, not to talk of having him hold any position at all.

We are therefore, calling on all well meaning Ijaw sons and daughters to stop every attempt by criminal minded individuals to hijack power under whatever guise clearly to plunge us back into another era unwarranted killings and destruction innocent lives and property'

A leopard does not change his spots and the antecedents of Ikiba Nengi are well known to us and if we must continue to enjoy this peace and this development to thrive in our land, we must make the choice between the devil and the angel and this case, clearly the devil is Nengi Ikiba'

UFPIN also called on the Bayelsa State Government and others in the Niger Delta to deal decisively with persons with such criminal records to serve as a deterrent to others, noting that the IYC, the Ijaw nation and the Niger Delta region have come of age and should not allow a few bad eggs to truncate the existing peace being enjoyed by the people.