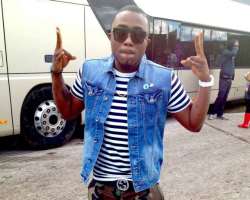 Ice Prince has been announced the new 'Best African Act' at the BET awards held yesterday in Los Angeles. The Jos bred successful artiste was the 2013 edition of the prestigious award after losing it to both Wizkid and Sarkodie, who were announced as joint winners in the 2012 edition.

He beat 2Face Idibia to win the award. Already, fans have started congratulating him on the new award.

Ice Prince stole the hearts of many music lovers when he released his 'Oleku' hit single few years ago, which featured former label mate, Brymo.