Presidency: Nigeria's Economy Not Endangered By Discovery Of Shale Oil In U.S. 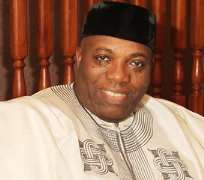 SAN FRANCISCO, June 25, (THEWILL) – The Presidency has declared that the country’s economy is in good shape even as it insisted that the Federal Government was not losing any sleep over the discovery of shale oil by the United States, saying it won’t affect Nigeria’s crude oil production.

Giving the assurance on Tuesday at a media briefing in Abuja, the Senior Special Assistant to the President on Public Affairs, Dr. Doyin Okupe, said the clarification became necessary in view of fears being expressed in some quarters about the discovery of shale oil by the United States Government and its likely effect on Nigeria’s crude oil production.

“The degree of transparency and forthrightness which this administration has displayed in the management of the economy in the last two years as well as the various fiscal policies, reforms and programmes adopted by the Jonathan administration since its inception do not give room for fears that the economy might in any way be endangered,” Okupe said.

Okupe disclosed further: “A major factor for the growing demand of Nigerian crude in Europe has been the Free Trade Agreement between Europe and South Korea. It is more profitable under this agreement to sell North Sea crude oil grades to Korea. Many companies prefer to trade their cargoes in Korea thus creating shortfall in Europe.

“In addition, the North Sea as a whole is recording annual natural decline from matured field of about 10 per cent.In the same light, Asia’s demand for light sweet grade is raising, stepping up demand for Nigerian grades. India in particular is consistently taking an average of 120,000 barrels per day from Nigeria.”

He disclosed that “Already, the Federal Government is adopting appropriate strategies to effectively mitigate the impact of decline in the US markets,” saying “ The number and volume of term contracts with Asian refiners is gradually being increased,” stressing that “Current term volumes to Asian refiners stand at 120,000 barrels per day .”

According to Okupe, “In both the short and medium term, a combination of market openings in Europe and Asia will effectively compensate the loss of U.S. market and offer needed support for Nigerian crude oil exports.”

Okupe noted that the socio-economic challenges which had existed for several decades and which the current Transformation Agenda is effectively tackling are clearly spelt out in the mid-term report presented to Nigerians by President Goodluck Jonathan a few weeks ago. “These challenges include, among others, dependence on oil exports, high recurrent expenditure, high food importation, poor infrastructure, high inflation, falling reserve and rising domestic debt,” he said.

He added that while the Nigerian economy ,like other oil dependent ones globally, often suffer from drop in sales and fluctuation in international pricing ,the Jonathan administration has implemented key reforms to reduce dependence on oil and these reforms have resulted in the agricultural sector alone contributing over 40 per cent to the Gross Domestic Product in two years, saying oil exports are now 69 per cent of our total exports as against 91 per cent in 2008.

“It is also on record that this government is currently implementing measures which have considerably reduced incidence of crude oil theft in the last two years. The Nigerian Navy and maritime agencies have been provided modern security and patrol boats to effective patrol the water ways leading to the apprehension and prosecution of oil thieves.

“The President has also solicited the co-operation of the United Kingdom, United States and other countries in tracking and apprehending thieves of Nigerian oil. Efforts are also on to stop foreign refiners from buying stolen crude oil from bunkerers. This is a continuous effort which will surely be sustained until the situation is put under control,” he said.

“On the issue of high cost of governance, it is noteworthy that under the administration of President Goodluck Jonathan, Nigeria’s recurrent expenditure dropped from 74 per cent in 2011 to 68 per cent in 2013 and will further go down in the next fiscal year.”

Okupe disclosed that just three weeks ago, the Federal Government began the implementation of reforms suggested by the Orosanye Committee to further reduce recurrent expenditure by about N1 trillion in the next three years through the rationalisation of agencies and departments of Government with similar functions.

“On infrastructure, major roads like the Kano-Maiduguri, Benin-Ore, Abuja-Lokoja, Owerri-Onitsha, Katsina-Daura, East-West road and many others are being rehabilitated or reconstructed. The second Niger Bridge has been concessioned and work is in steady progress. The Lagos-Ibadan Expressway was awarded yesterday at a total cost of N160.7 billion.

“The multi-lane road project which will be handled by Julius Berger Construction Company and the RCC will consist of three lanes on both sides up to Sagamu junction and two lanes up to Ibadan as well as a fly over and inter-change at the Redemption Camp to solve the perennial traffic grid lock on that portion of the road.

“On the problems of high food import, the Jonathan administration has achieved a reduction on the quantity of importation of rice, a major staple food and dominant import item which drains enormous foreign exchange, from 5.2 metric tons to a little over 2 million metric tons in two years with the ultimate goal of attaining 100 per cent sufficiency by 2015. Wheat imports have reduced from 4.1million metric tons to 3.7 million metric tons within the same period. Sugar import is also on the decline.

“Despite ravaging floods in 2012, Nigeria did not suffer anticipated food shortage as a result of proactive measures to assist farmers with flood resistant seedlings and dry season farming as 8 million metric tons was added to domestic food supply in 2012 which was 70 per cent above target. In total, all the above measures have saved Nigeria N857 billion which would have been spent on food imports.

“In recognition of these and other measures, the Food and Agriculture Organisation (FAO) recently presented an award to Nigeria and other countries for combating hunger and attaining the first goal of the Millennium Development Goals, three years ahead of the 2015 target date.

“The inviolable truth is that the Nigerian economy, like the economy of other nations has its challenges which the Jonathan administration has courageously and innovatively been tackling with measurable, obvious and clearly tangible positive results in the last two years.

“With these considerations therefore, it is unfair and incorrect for anyone to suggest an impending collapse of the economy on the basis of a drop in crude oil sales which is not within the control of any single nation, without taking into account current efforts by government to diversify the economy as well as fiscal measures which have resulted in inflow of over $14 billion new investments in the non-oil sector of the economy as well as other favourable ratings of the Nigerian economy by international rating agencies.

“Recently, the United States based Reputation Institute (RI), the world’s foremost organisation that imparts reputation knowledge and monitors reputation of organisations, places and leaders ranked Nigeria, for the first time in its history, among the top 50 reputable countries out of about 195 independent countries in the world. Some of the criteria used include effective governance and advanced, stable economy.

“All these global attestations to the effective management of the Nigerian economy clearly puts a lie to the orchestrated and sustained malicious campaign by the opposition and their persistent and illogical refusal to recognise and accept the unprecedented and ground breaking achievements of the Jonathan administration in just two years of its existence,” Okupe stated.