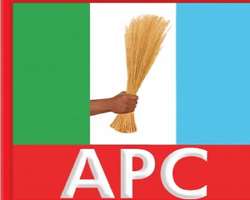 ABUJA, June 18, (THEWILL) – The yet to be registered All Peoples Congress, (APC) is facing very serious crisis which, if not carefully managed, may scuttle the ambition of its promoters to float a new party.

The APC is made up of three main registered political parties and factions of two other ones.

The merging groups submitted its letter seeking for registration as a political party with the Independent National Electoral Commission, (INEC) just last week. But immediately after that, a crisis of ambition by various individuals seeking to occupy various leadership positions of the new party is said to have engulfed APC.

This crisis, our investigations, revealed has to do with the desire by some personalities in the three parties to impose themselves as leaders of the yet-to-be registered party against the wishes of the leadership of each of the merging parties.

In ACN for instance to which the chairmanship of the party has been zoned, Chief Tom Ikimi is said to be doing everything within his powers to occupy that position, in spite of stiff opposition from the leadership of the party. We reliably gathered that the ACN leadership prefers its chairman and former governor of Osun State, Chief Bisi Akande, to be at the helm of affairs of the new party.

In the ANPP, former Governor of Kano State and the party’s Presidential candidate in the 2011 election, Mallam Ibrahim Shakarau, is said to be fighting the battle of his life to clinch the position of National Secretary of ACP which is zoned to the CPC.

Shekarau is also said not to be having the backing of the leadership of the ANPP for his ambition.

The in-fighting, is worse within the CPC where former Minister of Federal Capital Territory, Mallam Nasir, el-Rufai, is said to be slugging it out with the party’s National Secretary, Engr. Buba Galadima.

el-Rufai too is said to be facing very stiff opposition from the core leaders and loyalists of the CPC who argued that he does not share the same philosophy or ideological standpoint which the party represents.

Trouble is said to have started within the APC, when Ikimi, Shekarau, el-Rufa’I and other members of the merging committee finished the work assigned to them by their respective merging parties and decided to transmute themselves into the leadership of the yet-to-be registered party.

This, we gathered, did not go down well with the respective leadership of each of the three parties.

It was as a result of this seeming disagreement that the APC application with INEC submitted last week did not include names of its national officers.

To this effect therefore, chairmen, secretaries and treasurers of the three parties held a crucial meeting at the Asokoro, Abuja residence of the National Chairman of ANPP Dr. Ogbonnaya Onu, on Monday night. The meeting was said to have continued on Tuesday.

A highly reliable source who was at the Monday meeting said the party leaders decided to dissolve the merger committee whose members have been battling to transform themselves into the leadership of the yet-to-be registered APC.

The source added that after Tuesday’s meeting , the party leaders were to go to INEC to clear some legal issues that might have to do with the registration of the party.

The internal struggle is said to have set Ikimi at loggerhead with the leaders of ACN, most especially, the former governor of Lagos State and national leader of the party, Asiwaju Bola Ahmed Tinubu, who is said to prefer Chief Bisi Akande for the chairmanship of the party.

Sources within ACN disclosed that Ikimi’s greatest undoing seems to be the fact that his fellow party members are not very comfortable with his past political antecedents. They cite his close affinity to former President Olusegun Obasanjo and the role he played in handing over the party’s presidential ticket to the Ota farmer in 2003.

It is the same crisis of confidence that el-Rufa’I as well as Alhaji Hassan Lawal, both former PDP chieftains and ministers , are facing in their new party CPC.

The core loyalists of the party (CPC) who are said to prefer their National Secretary, Buba Galadima, are arguing that it will be dangerous to give such sensitive position as the National Secretary of the emerging party to people who , hitherto, did not share in the philosophy or ideology of the CPC.

They cited the issue of corruption which they claimed that the two men are not completely free from given the fact that they are still facing anti-corruption charges from the Economic and Financial Crimes Commission, (EFCC).

They are also complaining that it will be wrong to bring in those who do not know anything about the origin of the party before now and entrust them with the position that will determine the fate and future of the party when fully registered.