The Fifth Assembly Of Delta State House Of Assembly: Two Years After 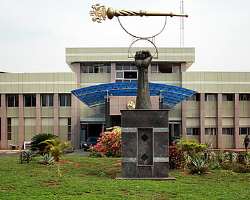 
How time really flies! Two years have rolled by since the Fifth Assembly of the Delta State House of Assembly was inaugurated on June 7, 2011 after its proclamation by the governor, Dr. Emmanuel Uduaghan. That fateful day witnessed the election of the Speaker, Rt. Hon.(Engr.) Victor O. Ochei, a third-timer, and other principal officers and members who promptly subscribed to a solemn oath to work for the good of Delta State and its people.

For those of us who are witnesses to the gradual consolidation of the democratic reality in the country, it is pertinent to assess the activities of the Fifth Assembly of the Delta State House of Assembly in the past 24 months and see if it has performed its constitutional duties of legislation, representation and oversight or not. Though many people may be unaware of it, the legislature is the foremost arm in hierarchy, and that makes it essentially pivotal to the optimal functioning of a democratic setting.

Agreed that two years may not be enough to assess the full impact of a legislative body with a four-year lifespan, it is still possible for a visionary body to record one or two achievements which people can glean as evidence of its vision. So we cannot wait for the four years to wind up before we can say this and that has been recorded while it lasted. In some cases, a legislative body could just deliver certain concrete results in just two years!

To a large extent the Fifth Assembly of the Delta State House of Assembly has recorded some strides in critical areas that are within its purview, and their verifiability is not in doubt. In their varied manifestations, their beneficial import has impacted on the governance of the state and enhanced the living standard of the people.

One visible area in which the House has performed its core function is the consideration and passage of bills. From my own enquiry which was later confirmed by the Speaker, Rt. Hon. Ochei when he briefed journalists on their activities, the House has passed six bills out of 12 that it received from September 2012 till date. Of this number four were assented to by the Governor of Delta State, while one is awaiting his assent. In the same vein six bills are currently at the Committee stage.

However, there were other bills that spilled over from the previous session, and were passed in the current session. They include the Delta State Multi-Door Courthouse Law; Delta State Engineering Project Monitoring and Control Board Law; Delta State Anti-Kidnapping and Anti-Terrorism Law; Delta State Local Government Areas Paramedics and Passengers Welfare Scheme Board, and Delta State Pensions Amendment Law.

Nonetheless, two of the spillover bills which had been passed and awaiting the Governor's assent are Delta State Vigilante Commission Bill and Delta State Innkeepers and Hotels Proprietors Amendment Bill.

And if we retrospect into the worth of the laws we would see that that the passage of the Anti-Terrorism and Anti-Kidnapping Law by two-thirds majority of the House was a bold initiative which the generality of our people rightly applauded. It was also momentous as such a measure was deemed appropriate for a peculiar criminal activity being perpetuated by desperadoes. Perhaps if the Bill had remained un-passed till now, the implications for the security of our people and the envisioned attraction of foreign investment to our state would better be imagined than felt.

As part of its legislative process, the House passed 32 motions which it received and also carried out its representation and oversight functions with the receipt of 18 petitions, 10 processed and presented and six already reported upon. However, two petitions are awaiting report while two others are still being investigated.

Similarly, eight of the 20 Standing Committees submitted a total of 14 reports which are as follows: Finance and Appropriation (2), Information (1), Selection (2), Transport (1), Public Accounts (1), Public Petitions (5), Establishments, Ethics and Privileges (2), and five Joint Committees of the House submitted a total of five reports while nine committees held public hearing.

Outside its constitutional functions, the House under its leadership has considerably managed the workforce by initiating administrative measures to enhance the welfare and check absenteeism and truancy amongst staff through the introduction of the clocking machine. The regular payment of allowances for outfit and sundry others, sponsorship of annual training programmes locally and abroad as well as the improvement of the work environment have had salutary effect on the performance of staff.

Talking about an improved environment so much has been done in the renovation of the structures and landscaping of the entire surroundings which, in its current beauteous state, contrasts sharply with what hitherto existed in the pre-2012 years. The leadership of the House deserves commendation for this exceptional achievement in order to inspire others in various leadership positions to work for the good of our people who, despite their diversity of ethnicity and political persuasions, are united by a common quest for optimal performance in public offices.

Generally, much of the achievements could not have been possible if the House was bereft of an enlightened leadership with a passion for consultations as a prelude to reaching consensus on issues. Without doubt, such leadership style is instrumental in managing the complexity of the House which in 2011 had nine opposition members, until lately when a handful of them defected to the ruling People's Democratic Party.

However, as lofty as the achievements are, the House needs to explore viable ways of enriching its partnership with Deltans in such a way that members of the public can make appreciable inputs into the legislative process by submitting proposals for bills. From all indications, the House is obviously aware of this lacuna and it explains why the leadership expressed its willingness at the press briefing to partner with their constituents in that regard.

No matter the standpoint we want to look at the Delta State legislature we should be able to appreciate its inclination to work harmoniously with the other arms of government to drive the development agenda of the State government through the instrumentality of legislative activities.

Altogether, the Fifth Assembly has performed well in relation to the challenges that are inherent in the polyglot character of Delta State and the short period under review. And if its serious disposition and commitment to lawmaking and other functions is anything to go by, it will likely record greater achievements in the remaining two years before its tenure elapses in 2015.