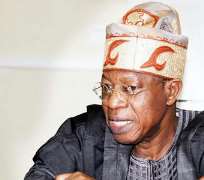 SAN FRANCISCO, June 11, (THEWILL) – The war of words between the ruling Peoples Democratic Party (PDP) and the opposition Action Congress of Nigeria (ACN) continued on Tuesday as the latter has rejected what it called an attempt by the Presidency and the ruling PDP to portray it or its leadership as terrorism sponsors, saying all alleged sponsors of terror in Nigeria are either within the ruling party, the PDP, or somehow associated with it.

A statement issued in Abuja on Tuesday by its National Publicity Secretary, Alhaji Lai Mohammed, ACN said the presidency and the PDP should tell Nigerians the names of all those mentioned as sponsors of Boko Haram in a well-researched article in the journal of the New York-based World Policy Institute, entitled Anatomy of African Terrorism: Boko Haram, Nigeria's Homegrown Terror Network.

Mohammed said a quick perusal of the article shows a former Nigerian ambassador to Sao Tome and Principe and a serving Nigerian State governor, all members of the PDP, as alleged terror sponsors.

''Contrary to the blatant falsehood being peddled by the presidency and the PDP, not one member of the ACN was mentioned in that document, which is available to those who are more interested in seeking the truth than calling the dog a bad name just to hang it.

''We abhor terrorism in all its ramifications, and have never and will never support terrorism under any guise.

But our stand on Boko Haram is also well known to all fair-minded people whose thinking has not been clouded by political considerations: Terror has festered in our country largely because of widespread poverty/economic deprivation, massive unemployment, injustice and alienation of a large section of the society, all products of years of bad governance.

''For example, Nigeria is home to the largest number of out-of-school children in the world, according to UNESCO. What this means is that we are creating a large pool of possible recruits for terror.

''While these problems date back a long time, the rapacious PDP, which has ruled at the centre since our country's return to democratic rule in 1999, and the painfully incompetent government of President Goodluck Jonathan have not made things better. It is therefore clear that as these evil twins PDP/Presidency) point one accusing finger at the ACN, four others are pointing at them,'' the ACN said.

The statement came as the party expressed total satisfaction at the speed with which the Presidency and the PDP, in separate statements, repudiated the part of the Boko Haram/Ansaru proscription Order that is deemed to be at variance with the Constitution of the Federal Republic of Nigeria.

ACN said the assurances given by the two are exactly what it had demanded in its earlier statement that called attention to the fact that the vague and open-ended order could stifle the freedom of the press and tamper with the fundamental human rights of the ordinary Nigerian.

''After much rambling, the presidency's statement on the issue said: 'For the avoidance of doubt, the order is not meant to stop journalists from carrying out their duties or function of news gathering or reporting as they differ from terrorist activities. Rather, the order is out to criminalize acts of incitement by anyone, group of persons or institutions to commit terrorist acts through disseminationof terrorist information'.

''And when it is stripped of its now boring cliches, the statement from the PDP said: 'For the avoidance of doubt, no section of the order stifled the press; violated or seeks to violate any provision of the constitution.

Instead the Order reinforced the provisions of the constitution guaranteeing the security and welfare of all Nigerians'.

''This clarification is exactly what we demanded in our statement, and we can now happily say our work is done. As usual, we chose to ignore the use of uncouth language, needless vituperation and accusations that are not empirically-grounded - which are now the hallmarks of a sinking residency/ruling party,'' ACN said in the statement.