Daily Word: Stay Focused On God's Purpose For You 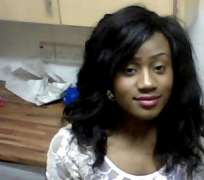 For those of you going up a ladder, do not allow friends that are not God fearing be on that same ladder, they will only pull you down, stay focused on God, Psalm 1 vs 1 says "Blessed is the man that walketh not in the counsel of the ungodly".

You are the light of this world, all devil wants is to get you and turn you against God and his Word, he would use any thing even so called friends, be very careful, the reason why devil was able to use the serpent and not Adam or Eve was because the serpent did not carry the Spirit of God.

You have His Spirit, continue to be filled with His Spirit, if you fill lonely, speak in other tongues, stay away from so called friends and focus on what God has called you to do on earth!

Its something that I'm practicing and trust me its producing results, as a matter of fact God is dropping them one by one for me! I hope this has blessed someone.