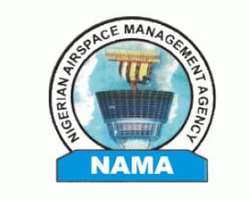 However, many pundits believe that both incidents targeted two state Governors (Adams Oshiomhole and Chibuike Rotimi Amaechi), strongly opposed to the re-election of President Goodluck Jonathan in the 2015 presidential election.

In a statement by the agency after news of the incident hit the media, NAMA said it acted “for the safety and security of people on board…”

The statement reads, “The attention of the Nigerian Airspace Management Agency (NAMA), has been drawn to an incident involving the flight of Governor Adams Oshiomhole at the Benin Airport early today and would like to make the following submissions for clarity based on media enquiries:

“That the pilot of an Helicopter marked 5N-BPX AS335 operated by OAS, called from Government House, Edo State that he would be lifting from there to Awka, Anambra State. He was however informed of the need for official documentation.

“That for the safety and security of people onboard there is the need to file a flight plan at the airport and submit passenger manifest.


“That his initial response was that he was flying the Governor and they were going for an important meeting in Awka.


“That the pilot was advised to lift from the airport direct and do the documentation since he had the Governor who is chief security of the State onboard. This would have taken only three minutes.


“That the flight plan can be a tool for search and rescue in case of any emergency.


“That the pilot hesitated for a while and later consented to fly to the airport.


“That at 10.18 am the helicopter landed at the airport and the pilot went straight to the Aeronautical Information Service (AIS) without manifest as he claimed he didn’t know the names of those on board. He was however assisted to write the names of those onboard for the sake of the Governor.


“That NAMA officials in line with requirements for safety and security moved quickly to ensure that the pilot complied with the flight procedure and this lasted for 30 minutes.


“That the said helicopter needed to file in a flight plan because it is billed to operate in a controlled airspace where it would be expected for the pilot to yield to air traffic controllers’ instructions.


“That the Benin Airport, Air Force Commandant, Air Commodore U.J. Atiku told the pilot of the need to file in the necessary papers as a professional and should not give impression that the Governor was denied departure to Awka.


“That amidst of all these, the governor sought to speak with the Airspace Manager on the cause of delay. The ASM was never given chance to explain the need to observe mandatory procedures for safety and security, rather was verbally assaulted severally while trying to explain the primary reason for the delay.


“That the Pilot, Captain Vame believed to be a Korean later apologized to NAMA officials for his refusal to document his flight and pay the necessary charges. He pleaded that the incident should not be filed against him.


“There is no political issue in this case. NAMA is an air navigation service provider and we operate within globally acceptable standards. We are professionally guided by rules and procedures. The service we render borders on safety from the ground to the air and back to ground.