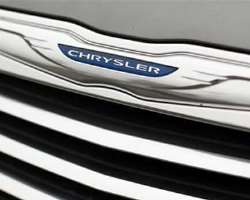 Chrysler Group LLC is recalling 630,300 newer-model Jeep SUVs, some because of delayed deployment of airbags and others due to the potential of leaking transmission fluid, the company and U.S. regulators said on Thursday.

Some 409,200 Jeep Compass and Jeep Patriot SUVs from model years 2010 to 2012 will be recalled because a software glitch may delay deployment of side airbags and seatbelt tensioners in the event of a rollover, Chrysler and regulators said.

Also, 221,100 Jeep Wrangler SUVs with 3.6-liter engines from model years 2012 and 2013 will be recalled because of possible leaking of transmission fluid. Chrysler said a component of the Wrangler's power steering system may rub against a transmission fluid cooling line, causing the fluid to leak.

Chrysler, majority-owned by Italy's Fiat SpA, said it is not aware of any injuries or accidents caused by either of the issues.

The recalls come after Chrysler earlier this week refused a request by U.S. regulators to recall 2.7 million older-model Jeep SUVs. The company claims that safety regulators conducted an incomplete analysis when they studied fires occurring after rear-impact crashes that have resulted in 51 deaths.