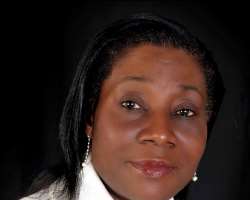 Few days back, President Goodluck Jonathan made series of high profile appointments into key federal government agencies that got tremendous approval rating because of the caliber and character of the Nigerians that were so nominated.

For the benefit of those who may not be in the know concerning the appointees aforementioned, I will proceed to give few names among the most prominent.

Erstwhile Senate President Mr. Ken Nnamani, the Enugu State-born but United States of America's trained technocrat, who-spearheaded the defeat at the National Assembly of the then infamous third term agenda/ plot by the then President Obasanjo to prolong his stay in office beyond constitutional limit, was made the chairman of Infrastructures concession Agency while former Inspector General of Police Mr. Mike Okiro from the oil -rich River State was appointed the chairman of the corruption-ridden Police Service Commission (PSC).

Perhaps, the icing in the cake concerning the recent set of presidential appointments remains the picking of a distinguished international human rights and Peace laureate-Mrs. Catherine Dupe Atoki to be at the helm of affairs at the near-moribund Consumer Protection Council (CPC) which in the last few years suffered monumental image deficit following undue fraternization by the defunct management with notorious violators of consumers human rights in the manufacturing and service sectors of the economy.

The image of the consumer protection council nosedived for the worst when the immediate past management embarked on meaningless award given events to service providers in Nigeria even when millions of Nigerian consumers are being consistently ripped off and shortchanged even as I write.

The choice of Mrs. Atoki who has worked variously as federal commissioner in Nigeria's National Human Rights Commission and the African Commission for Human Rights is viewed as symbolizing a resolve by the current administration to put up formidable measures for the effective protection and promotion of the fundamental human rights of Nigerian consumers. Her appointment is viewed in critical quarters as a fundamental departure by Government to put the intrinsic interest of Nigerian consumers on the front burners of national life.

Before proceeding to give further credence to my views aforementioned regarding the credentials and practical experiences of the new Director General of Nigeria's Consumer Protection Council (CPC) Mrs. Dupe Atoki, it will be logical to state without fear of contradiction that the new Chief executive has her job cut out for her given the volume of complaints and protest from consumers from across Nigeria on the flagrant disregard by service providers and manufacturers of the consumer rights of the citizenry.

For instance, torrents of complaints emanating from consumers of telecommunication services regarding the poor quality of services by the private operators of the Global service of mobile telecommunication (GSM) are never attended to and resolved effectively by both the Nigerian communication commission (NCC) and the consumer protection council. Ironically, most shareholders and/or owners of most of these telecommunication service providers are foreigners from jurisdiction whose government respect the consumer rights of their local population. Like in South Africa where most citizens are aware of their rights and are ready to challenge any infractions, the South African dominated service providers such as MTN and DSTV treat their people with courtesy but the reverse is the case in Nigeria which constitute some of the most profitable markets for these multinational companies.

Consumers of all range of products such as electronics and even services from state- run electricity providers [NEPA or is it PHCN?] are constantly short changed yet the consumer protection council behaves like a toothless bulldog that can only bark without effectively biting and the thousands of staff of this agency draw salaries monthly from public treasury.

Even in Abuja and Lagos whereby the agency is usually sparsely mentioned in the electronic and print media for attending social functions organized by the same alleged violators of the consumer rights of Nigerians, instances abound whereby Nigerians whose consumer rights are violated with reckless abandon do not receive remedy. Consumer protection council for now is as unpopular as the Nigeria Police Force [NPF] except that the staff have yet to degenerate to the gutter level of collecting N20 bribe by the use of force as the NPF is known for

For the purposes of providing empirical evidence, a man in his late sixties approached the Human Rights Writers' Association of Nigeria (HURIWA) in Abuja to complain of violation of his consumer right by a dealer of electronics in Wuse Market, we quickly referred him to the head office of the Consumer Protection Council but two months after, his protest was still not redressed.

Cases also abound of how government agencies in Abuja and Lagos breach the consumer rights of Nigerians without the consumer protection council living up to its institutional mandate thereby creating an impression in the minds of most Nigerians that the agency is another of those offices created by powerful government officials at the Federal level to create jobs for the boys similar to the notorious Public Complaints Commission which is under the supervisory purview of the Senate/National Assembly. This impression becomes compelling when it is viewed against the back drop that the governing board is so unwieldy with dozens of person appointed to represent the 36 states of the Federation as if to say that the place is meant for the sharing of the proverbal national cake. How does government then expects the agency to work?

From the above analysis, it is now a notorious fact that the job for which Mrs. Dupe Atoki is saddled with by President Jonathan is no child's play since she is expected to bring her formidable legal and human rights experiences to bear in meandering through the twists and turns of bureaucracy and navigate through this institutional murky water of politics in order to achieve the mandate of attending to the overwhelming complaints of Nigerians concerning the groundswell of unattended and unresolved consumer rights breaches by manufacturers and service providers whose only mantle is profit making with scant regards for human rights of consumers.

It must be noted that the African commission is the foremost continental organization mandated to monitor and ensure observance of human rights by member states of the African Union in accordance with the African Charter on Human and Peoples Rights.

At the African Commission, this distinguished legal expert from Nigeria was made chairperson of the influential committee for the prevention of torture in Africa and a special rapporteur on prison and places of detention in Africa.

She became the first woman from Nigeria to chair the African commission on human and Peoples Rights.

Those conversant with her activities in the legal profession say her legal training and passion for the rule of law is premised on her conviction that enjoyment of human right as a panacea for peace upon which democracy and good governance thrive.

As member of the Nigerian Human Rights Commission she served relentlessly to ensure that the rights of Nigerians were fostered. Also appointed by the Government to serve in several Presidential Committees including those on the review of laws discriminatory to Women and on the reform of investment law.


Atoki's involvement in monitoring/observing elections in several countries in Africa particularly those emerging from conflict including Democratic Republic of Congo- 2006, Sierra Leone -2007, further concretized her credentials as a consummate lover of freedom and democracy.

As Chairperson of the African Commission she carried out many promotion missions across the continent and was received by several Presidents and Heads of State of Africa. Such missions provided the opportunity to engage them and other high government officials on their obligations to ensure the enjoyment of human rights by their citizens.

Globally, Mrs. Atoki worked vigorously to ensure that African voice is heard at the United Nations (UN) through her engagements with the various UN organs including the Human Rights Council and the High Commissioner for human rights. She has also delivered several papers in and out of Africa on diverse human rights themes including their impact on peace. Recently she won an international peace prize in the Philippines.

Nigerian consumers could not have asked for a better person. The bottom line however is that a lot is expected from her during her tenure at the consumer protection council of Nigeria.