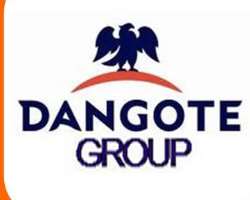 
SAN FRANCISCO, May 20, (THEWILL) - As part of its effort in tackling environmental problems bedeviling Nigeria, the Dangote Group has partnered with the ministry of environment and sponsored the 9th National Council on Environment.


A statement from Dangote Group said it decided to sponsor the Council given its penchant and track record for environmental issues.


‘‘We are an environment friendly group. Our factories are run within the global acceptable standard. The Dangote Cement’s emission level of 30mg is far below that of the EU which is 50mg,” the statement said.


It said last year it donated a staggering N2.5billion to help mitigate the impact of flooding across the country.


The statement said: “Dangote Cement for instance has uncompromising investments in state-of-the-art bag filters at all its plants to ensure minimal dust emissions, making Dangote one of the industry's greenest cement companies not only in Nigeria but across Africa. Pollution control is accorded top priority with regular monitoring with action plans put in place to reduce emissions in tune with national and international statutory control guidelines.”


Tanzanian Minister of Environment, Terezya Pius Louga Huvisa, who visited Dangote cement plants recently commended the Group for the low emission level at its plants and efforts being made to green its operational areas.


The Dangote Foundation-the charity arm of the group- had doled out a staggering N20billion in two years. It has also injected over N1billion to the cause of education in the country in the same period. Currently the Foundation is also supporting the Federal Government in its fight against the malaria scourge.


The minister for environment Mrs. Hadiza Ibrahim Mailafia who spoke at the 9th National Council on Environment with the theme; “Green Economy: A Panacea for Sustainable Development,” said the approval was to complement the Presidential Initiative on Afforestation.


The Minister thanked the Dangote group for supporting the cause of environment, while singling out the group’s president Aliko Dangote for commendation.


She said President Goodluck Jonathan has approved N10 billion for the implementation of the Great Green Wall (GGW) programme.


The Minister disclosed that the Federal Government had begun full implementation of the United Nations Reducing Emissions from Deforestation and Forest Degradation (REDD+) programme.


On his part, Benue State Governor Gabriel Suswam called on the Federal Government to fulfill its promise to dredge both River Benue and River Katsina- Ala. The project, which was started by former President Olusegun Obasanjo, is aimed at addressing desertification in eleven frontline states in the North. The GGW also involves the establishment of a greenbelt covering 1,500km from Dandi Arewa Local Government Area of Kebbi State to Marte of Borno State.


Participants also eulogized Dangote’s use of branding materials that added grandeur and colour to the event. The 9th National Council on Environment held last week (May 6-7, 2013 at the J. S. Tarka Foundation House, High level Road, Makurdi, Benue State. Last month, Dangote disbursed $500, 000 to the UNICEF to help in the fight against measles outbreak in some parts of the country.