Nigeria Must Get Real About Its Oil 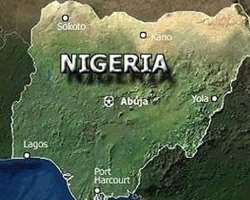 The ultimate goal of every benign government, especially of countries so categorised as 'developing', and so intended for a keen march into 21st century modernity is to adopt global best practices as regards governance. And as regards countries with huge oil reserves, the efficient management of petroleum wealth is of utmost significance for both present and future generations.

Oil rich countries must understand that oil is a non renewable resource that will in the long run, run out. Therefore the fact of oil's non-renewability should signal to governments on how much oil to extract, and on how swiftly or slowly this is done. It is also important for governments to decide on how much of its income from oil is enjoyed by its population in the short term, and how much could be invested for the future. These strategic controls on oil wealth management could serve as a determining factor on how long a country's proceeds from oil is expended, without being inclined to forget future generations.

The discovery of oil in Nigeria dates back to the event in the small village of Oloibiri in southern Nigeria in 1956. Most, if not all of the discovered oil fields were pioneered by the joint efforts of Shell and BP. During the end of the Nigerian civil war in 1970, there was a massive rise in global oil price, and for this, Nigeria was able to garner immediate riches from the oil it has produced. Soon, Nigeria would join the Organisation of Petroleum Exporting Countries (OPEC), and equally, the country founded its state-owned company with a mandate of overseeing the major activities in the upstream and downstream sectors of the Nigerian economy.

But then again, the story of oil in Nigeria has remained a two-pronged affair. On the one hand, oil discovery has yielded proceeds for the economy, but on the other hand Nigeria could not break away from the often familiar 'Dutch Disease'. Like the Netherlands, Norway, and Britain before her, oil discovery in Nigeria has directly or indirectly hyped certain social glitches among these a consistent industrial stagnation, and a rising unemployment figures, plus other limited but tangible societal problems.

In an effort to curb these societal difficulties, at some point in time, governments in Nigeria have come up with pecuniary plans by establishing government interventions in the form of petroleum development funds of one kind or another. But to what extent have these funds achieved their mandates?

In an article titled 'Avoiding the Curse of the Oil-Rich Nations', Tina Rosenberg wrote in the New York Times that 'every nation wants to strike oil, and after it happens, nearly every nation is worse off for it.' Rosenberg continued that 'it may seem paradoxical, but finding a hole in the ground that spouts money can be one of the worst things that can happen to a country.' Likewise, in an attempt to understand the proverbial 'resource curse', Stanford University professor, Terry Lynn Karl, annotated that oil dependent countries 'eventually become among the most economically troubled, the most authoritarian, and the most conflict-ridden in the world.'

Notwithstanding, as it is, Nigeria is not left out in the list of countries with these development funds-thanks to PTDF, NNDC, and the proposed SWF. Nonetheless as Africa's economy booms, and as Nigeria remains Africa's largest oil producer with a superb production value of more than two and half million barrels per day, the country owes its people a duty to manage its oil wealth effectively, for the benefit of all Nigerians both the living and the upcoming.

The success in managing the oil wealth of Nigeria will enable the country achieve some set objectives including but not limited to assuming a prudent savings stratagem for the advantage of future generations, while down-casting the habitual splurging of proceeds realised from the country's oil exports; stabilizing oil prices in order to avoid plunging of such prices below the estimated sum in any financial year; and functioning as the superstructure that would aid the development of the country's wanting infrastructure.

As a minimum, Nigeria should be set to return to agriculture in heft given that the agronomic potentials of the country is barely drawn out. The growth of the agro-industry will arrange for food security, and the delivery of raw materials for our industries. Nigeria could also bring back to life the food processing and preservation industries; livestock and fisheries; irrigation farming and commodity trading; timber and wood processing.

Though, no reasonable socioeconomic headway can be attained without stable electricity; security of life and property; refutation of corruption and society's perception of it; and most of all, education. But by and large, whereas these initiatives are viable and worthy, its actualisation is a challenge that Nigeria must take seriously.

Mohammed Dahiru Aminu, wrote from London, United Kingdom. He can be reached at [email protected]