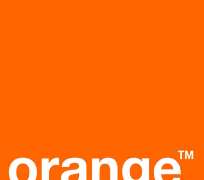 DAKAR, Sénégal, May 16, 2013/African Press Organization (APO)/ -- With the creation of a new Orange Campus site in Senegal, the France Telecom-Orange Group (http://www.orange.com), which is present in some 20 African countries, reaffirms its commitment to strengthening its worldwide managerial community and to supporting managers in their daily responsibilities.

Located in the Dakar technology park, the first priority of the Orange Campus international site will be to offer development programmes to the 1,000 managers of the Group's subsidiaries in Western Africa (Mali, Guinea, Guinea-Bissau, Niger, Côte d'Ivoire and Senegal). Managers from other Orange subsidiaries in French-speaking Africa – the Central African Republic, Cameroon and the Democratic Republic of the Congo – may also benefit from the programmes on offer. In addition, the site will host managers from all of the Group's countries through its international programmes, fostering diversity, which is integral to Orange Campus's identity.

In 2013, more than 20 different managerial development programmes are scheduled at Orange Campus Dakar

The new Orange Campus site consists of several classrooms, a library area and an amphitheatre, and was designed to be configurable to the different teaching methods used during the sessions. Located next to the Orange-Sonatel Competency Development Centre, the site's surface area of more than 300m2 can accommodate up to 160 people.

The programmes to be offered at the Orange Campus Dakar site are focused on three main priorities that are designed to strengthen the international approach favoured in Africa. These include:

In addition, a “made-to-measure” offering builds on existing programmes while targeting the managerial priorities of each country and adapting to the number of managers participating in the session.

The creation of Orange Campus Dakar is an expression of the Group's commitment to preparing its international subsidiaries to take charge of certain training events directly by supplying them with all the necessary educational components and offering them special training sessions for local instructors, both internal and external. Eight internal instructors have already been certified in Africa. These measures will be applied to each country, based on their needs and resources. Each country will receive the necessary support to allow them to independently deploy the Orange Campus programmes.

For all that, the development of the Group's managers in Africa is not new. Since 2011, more than 1,000 managers in 11 countries of Africa, the Middle East and Asia have already benefitted from Orange Campus programmes through sessions organized within the subsidiaries.

Distributed by the African Press Organization on behalf of France Télécom-Orange.

The Orange Campus concept was created in January 2011 to promote cooperation, interaction and a shared foundation of knowledge and managerial practices common to all of the Group's managers. Under the leadership of Stéphane Richard, Chairman and Chief Executive Officer of France Telecom-Orange, Orange Campus plays a central role in managerial renewal, with the Group's men and women forming the core of the organization.

In two years, more than 20,000 participants with 42 different nationalities have already benefitted from the managerial development activities offered by Orange Campus.

France Telecom-Orange (http://www.orange.com) is one of the world's leading telecommunications operators with sales of 43.5 billion euros in 2012 and has 170,000 employees worldwide at 31 March 2013, including 104 000 employees in France. Present in 32 countries, the Group has a total customer base close to 230 million customers at 31 March 2013, including 172 million mobile customers and 15 million broadband internet (ADSL, fibre) customers worldwide. Orange is one of the main European operators for mobile and broadband internet services and, under the brand Orange Business Services, is one of the world leaders in providing telecommunication services to multinational companies.

With its industrial project, "conquests 2015", Orange is simultaneously addressing its employees, customers and shareholders, as well as the society in which the company operates, through a concrete set of action plans. These commitments are expressed through a new vision of human resources for employees; through the deployment of a network infrastructure upon which the Group will build its future growth; through the Group's ambition to offer a superior customer experience thanks in particular to improved quality of service; and through the acceleration of international development.

France Telecom (NYSE:FTE) is listed on NYSE Euronext Paris (compartment A) and on the New York Stock Exchange.

Orange and any other Orange product or service names included in this material are trade marks of Orange Brand Services Limited, Orange France or France Telecom.