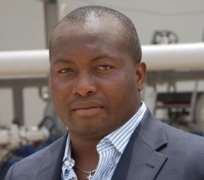 A youth group drawn from the different segments and professional affiliations by the name -Anambra State Youth movement (AYM) – a non-political organization has faulted the recent directive by Governor Peter Obi of Anambra state to traditional rulers to always obtain permission by the political authority before traveling out of Anambra state.

Speaking when a delegation of Anambra State youth movement visited the national secretariat of HUMAN Rights Writers' ASSOCIATION of NIGERIA (HURIWA) in Abuja, the president of Anambra state youth movement Prince Alfred Okoye said the State governor's directive to the traditional rulers was illegal, unconstitutional and a brazen attempt to curtail the enjoyment by the natural rulers of their constitutionally guaranteed freedom of movement, freedom of Association and freedom of expression even as he charged the Anambra State governor to either withdraw the travel warning/embargo or face mass action by the organization in partnership with human rights groups in the country.

In the wake of a social visit to attend the wedding ceremony recently in Lagos of the sister of an Aspirant to the governorship position in this year's governorship poll in Anambra State Chief Ifeanyi Ubah, the Anambra State governor reportedly frowned at the social visit by nearly a majority of high profile traditional rulers and reportedly demanded that they individual return to the Anambra State Traditional Rulers' Council Secretariat in Awka, Anambra state, the honorarium/transport refund reportedly said to have been paid to each of them by the businessman and politician – Chief Ifeanyi Ubah in Lagos.

Governor Obi who was quoted as saying that he was not against traditional rulers attending social functions, said that they should always try to inform the special Adviser on chieftaincy matters or him whenever they are travelling out of the State.

Obi had stated that; “Today I cannot travel out of Nigeria without informing the President. If anything happens to me, the President should know my whereabouts. Likewise, it is not good for you to travel out of the State without informing me. Inspite of their stature and prominence, traditional rulers such as Obi of Onitsha Igwe Alfred Achebe and the Igwe of Ikelionwu, Igwe Peter Ezenwa of Oba, Professor Chukwuemeka Ike still inform me whenever they travel out of the State. If anything, which we pray against, happens, they will ask me as the governor about you”.

But the hierarchy of the Anambra State Youth Movement is not comfortable with this directive and alleged that the 'witch hunt' against the natural rulers by governor Peter Obi was remotely targeted at whittling down the influence and popularity of Chief Ifeanyi Ubah, the chairman of capital oil who incidentally is running to succeed governor Obi in the next governorship poll later in the year.

Prince Okoye who also criticized the Federal Attorney General Mr. Mohammed Bello Adoke[SAN] for allegedly using the Economic and Financial Crimes Commission (EFCC) to 'witch hunt' Chief Ifeanyi Ubah, alleged that the nation's Chief law officer is embarking on what they claimed to be campaign of double jeopardy against Chief Ifeanyi Ubah because of the alleged closeness of the Federal Attorney General to another Anambra governorship aspirant and a serving Senator- Mr. Andy Uba.

Prince Okoye said: “We have come in great number as a delegation of the Anambra State youth movement to visit the secretarial of the Human Rights Writers' Association of Nigeria (HURIWA) to interact extensively on ways to promote politics without bitterness in Anambra state and for the promotion and protection of the fundamental human rights of good people of Anambra State. We also want to use this opportunity to appeal to the electoral commission to be impartial, fair and patriotic in the coming election and for civil society community in Nigeria to preach for peaceful election and educate Anambra electorate on the essence of politics of ideas and development”.

Responding on behalf of the Human Rights Writers' Association of Nigeria (HURIWA), its national coordinator Comrade Emmanuel Onwubiko urged all political stakeholders in Anambra State to play politics of ideas and development and to truly work to transform the sate of infrastructure and human capacity of the good people of Anambra State. The national coordinator of HURIWA said that the body is made up of patriotic and non-partisan Nigerians and is therefore ready to vigorously campaign for peaceful and transparent governorship poll in Anambra state.