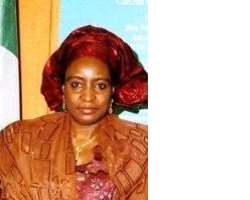 Huhuonline.com understands that House of Representatives members who went to the Kingdom of Saudi Arabia to see ailing President Umaru Yar'Adua on his sick bed has returned to Nigeria on Saturday evening without accomplishing their set goals.

The team led by Hon Baba Agaie arrived the Murtala Muhammed International Airport, Lagos, aboard Emirates airline about 5.30pm. They have since dispersed to their various constituencies and would return to Abuja on Monday to write the report of their futile trip.

The House of Representatives had at the peak of the power vacuum in the country raised a six-man team to visit Saudi Arabia to deliver a goodwill message to the sick Nigerian leader. The team delayed for close to three weeks before they eventually left the country. However, after staying for about five days in an hotel in the oil-rich country, they returned to the country in frustration.

Sources close to the lawmakers said the first lady, Hajia Turai Yar'Adua, denied the lawmakers access to the President, claiming it is beyond her powers to grant them access to her husband. According to one of the lawmakers, “Turai said it is only the Saudi monarch that can grant us permission to see the President. She said the section of the hospital where the President is being held requires express permission from the monarch.” Another source however added: “Former President Olusegun Obasanjo also had a harrowing time trying to see Yar'Adua. He had to call former USA president, Bill Clinton who called President Barrack Obama who then called the Saudi king before he could be granted access to see Yar'Adua.” first lady, Hajia Turai, Yar'AduaBarely six days after the National Assembly proclaimed Dr. Goodluck Jonathan as Acting President, there is disquiet in the House of Representatives as many lawmakers are still unhappy with the decision.

However, investigations made by huhuonline.com revealed that the lawmakers, who stuck to the position that the elevation of Jonathan was unconstitutional, were said to be arguing that the Senate and the House acted in haste against the interest of ailing President Umaru Yar'Adua just to please Nigerians. It was gathered that pro-Yar'Adua elements in the House had been meeting since Wednesday to plot how to checkmate Jonathan. The acting president's actions since assuming office are said to have sent jitters in their spines. Those said to be unhappy with Jonathan's elevation were largely from Yar'Adua's North-West geopolitical zone. One source privy to one of the meetings said, ”We are not happy; we are not comfortable at all. From day one, we did not support the motion to proclaim Jonathan as the Acting President. We only maintained our cool because it was a majority decision to make him the acting president; the majority had their way. Even at that, the entire process was unconstitutional; they said it was a political decision to save the county from crisis. We have a constitution; any political decision that does not have a root in our law remains illegal.”

The pro-Yar'Adua lawmakers are arguing that the National Assembly usurped the powers of the Executive Council of the Federation as provided under Section 144 of the 1999 Constitution by elevating Jonathan.

“In a way, the National Assembly has succeeded in declaring Yar'Adua incapable of performing his duties; that is not their role. Only the ECOF can declare the President unfit to continue in office as provided under Section 144. The only role the constitution prescribes for the legislature in this circumstance, is impeachment; since the National Assembly did not take that path, they have no further role”.

A member of the North-West Caucus from Kano State, Alhaji Alhassan Ado-Dogoa, confirmed that most of his colleagues were bitter over the latest developments in the country. Ado-Dogoa, a member of the Peoples Democratic Party, also admitted that Northern lawmakers both in the Senate and in the House of Representatives were apprehensive over the decisions taken by Jonathan so far. According to him, the cabinet reshuffle, which redeployed the former Attorney-General and Minister of Justice, Mr. Michael Aondoakaa, as Minister of Special Duties raised suspicions. He claimed that the majority of lawmakers in the North feared that the step signaled further actions the acting president might take to consolidate power and whittle down Yar'Adua's influence.

Ado-Dogoa said, ”A number of members are becoming suspicious of the recent actions taken by the Acting President. Why was it necessary to carry out a cabinet reshuffle so soon? More than 95 per cent of our members, including Senators, share this fear and we are very uncomfortable. We have the feeling already that there is a hidden agenda; there is no urgency to reshuffle the cabinet. We are not comfortable.”

Ado-Dogoa while reacting further said the acting President's decisions were still being studied. But, another member of the caucus, Alhaji Abubakar Maifata, told our correspondent that as an individual, he was comfortable with the elevation of Jonathan even though he would not speak for others. ''As an individual, I am comfortable with it; in a nutshell, I have no problem with it (proclamation of Jonathan as acting president).”

A lawmaker from the South-East, who shared the concern of the protesting legislators, said he was not surprised that the decision did not go down well with some of his colleagues. The legislator, who did not want to be quoted, noted that the House merely succumbed to pressure from Nigerians to do what it did.The lawmaker stated:

''It cannot be substantiated in law; Section 145 is very clear. It says 'whenever' Mr. President writes the National Assembly about his ill-health or he is proceeding on vacation.That is the only condition we can come in as legislators except of course if we opt to impeach the president; there is no evidence that he transmitted a letter to anybody. But, what we did was to play along with the mood of the nation; if that is what the people want, so be it. After all, the law is made for the people in a democracy.”