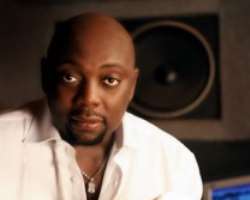 The court dissolved the 14-year-old marriage between Segun and his estranged wife, Annette.

At the resumed hearing, the police orderly, Thomas Agwa, with service number 378778, told reporters present in the court not to report the proceedings.

Nevertheless, a reporter with Daily Independent, Dolapo Muraino who defied the order had her writing pad and pen seized by the police orderly, who said he was acting on the orders of the judge.

In her judgment, she granted the custody of the only child of the union, 13-year-old Morenike Chioma Aina-Padonou, to the mother, who did not enter appearance in the suit but ordered that the father should have free access to his daughter.

She also ordered that the couple should maintain status quo on the upkeep of the only child of the marriage.

The Judge accepted the testimony of Arinze that his marriage had broken down irreparably and irreconcilably, adding that his evidence was not controverted by the respondent.

She said the couple have been living apart for the past 11 years which led to the breakdown of the marriage that was solemnized at Ikorodu Local Government Registry on May 10, 2009.

Arinze had on May 25, 2009 during his testimony sought the leave of the court for the dissolution of the marriage so that they can go their separate ways.

Arinze had told the court that his marriage with his wife had "broken down irreparably and irreconcilably," after the couple had been staying apart since May 29, 1998.

He then promised to continue to shoulder the responsibility of the daughter's welfare and education.