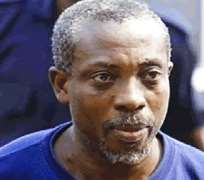 SAN FRANCISCO, April 19, (THEWILL) – The Supreme Court has given the go-ahead for the accelerated trial of the leader of the Movement for the Actualisation of the Sovereign State of Biafra (MASSOB), Ralph Uwazurike, and six other principal members of the group who are facing a four-count charge of conspiracy and treason brought against them by the Federal Government.

The court on Friday dismissed the bid by the appellants to stop the trial as a five-man panel of the Supreme Court in a unanimous judgement held that the appeal by Uwazurike and others was unmeritorious and designed to defeat the course of justice.

The court however ordered that their trial should be promptly commenced and be conducted with dispatch.

Reading the lead judgement, Justice Bode Rhodes-Vivour, observed that the appeal, filed by Festus Keyamo on behalf of the MASSOB members amounted to "a waste of precious judicial time since all the information imaginable that the appellants would need for their appeal has been available to them before they appealed to the Court of Appeal."

They were first arraigned before a Federal High Court in Abuja on November 8, 2005 on a four-count charge of conspiracy, treason, belonging to a militant group - MASSOB Army, and belonging to an unlawful society -MASSOB.

They had pleaded not guilty and applied that they be granted bail.

They also asked the court to stop the Federal Government from prosecuting them on account of an ex-parte order for a stay of further actions granted by a Federal High Court in Owerri pending the determination of a suit they filed for the enforcement of their fundamental rights.

They had faulted the charge and prayed the trial court to dismiss it.

But in a ruling on January 27, 2006, the trial court had refused all their prayers.

Not satisfied, they approached the Court of Appeal, Abuja.

The appellate court gave its judgment on May 15, 2008 granting only their prayer for bail.

Not still satisfied, the appellants headed for the Supreme Court, complaining among others, that the charges brought against them were improper because there was no proof of evidence accompanying the charge.

But Justice Rhodes-Vivour, in his lead judgment, described the suit as frivolous.

He held that the appellants were provided with more information in relation to the charge, more than what they were entitled to under Section 33(1) and (2) of the Federal High Court Act.

"The argument that the charge should be dismissed because it was not accompanied by proof of evidence is a mere technicality designed to defeat the course of justice.

"In the light of the fact that the proof of evidence has been filed and is available to the appellants, trial should proceed with dispatch.

"The result is that the two issues urged in this appeal, on behalf of the appellants, fail and the appeal must fail as there is no merit. This appeal is dismissed," Justice Rhodes-Vivour ruled on Friday.