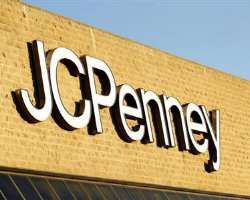 Macy's Inc and rival J.C. Penney Co Inc are due back in court Monday in their battle over Martha Stewart home goods after a month-long mediation effort appeared to have failed.

The trial is set to resume in New York state court over whether Macy's has an exclusive right to sell certain Martha Stewart products.

The legal battle has hampered a key part of turnaround plans for J.C. Penney, which opened the first of its in-store boutiques on Friday with only some of the Martha Stewart goods it had originally planned.

Justice Jeffrey Oing last month ordered Macy's, J.C. Penney and Martha Stewart Living Omnimedia Inc into mediation in the hopes of resolving the dispute while the non-jury trial was in recess because of scheduling conflicts.

But, as of Friday, no deal had been struck and witnesses were scheduled to testify on Monday and Tuesday, according to a person familiar with the case.

Among the witnesses are J.C. Penney marketing executives, according to the person, who wasn't authorized to speak publicly and did not want to be identified.

"We're all reconvening Monday morning," said Jim Sluzewski, a spokesman for Macy's. "The trial is scheduled to resume at ten o'clock."

A spokeswoman for J.C. Penney declined to comment, as did a spokesman for Martha Stewart Living Omnimedia.

Martha Stewart is the No. 1 home brand at Macy's, while J.C. Penney views the brand as vital to its turnaround strategy.

LINGERING BATTLE
The lingering battle has been a blow to Penney, which agreed to hold off on its plan to sell Martha Stewart bedding, cookware and bath items, which are covered in the Macy's deal, until at least the April 8 court date.

Steven Gursky, a New York attorney who specializes in branded products, said he did not have high hopes the dispute could be resolved through mediation.

"If I was sitting in Macy's shoes, I'm not sure I'd be willing to compromise," said Gursky. "Unless Martha Stewart and J.C. Penney realized they couldn't take what Martha had already given away to Macy's, and fold their tents, I don't know what they have to offer."

Lundgren testified that Stewart did not tell him she was doing a deal with J.C. Penney until the night before it was announced publicly. He said the news made him sick to his stomach, and he hung up the phone on Stewart.

Stewart, 71, said she was "flabbergasted" that Lundgren reacted so strongly. "It didn't occur to me that there weren't enough customers to go around," she said.

Johnson, who built up Apple Inc's retail business before moving to Penney in 2011, testified that Martha Stewart was part of his plan to re-invent the retailer. He said the brand would help to drive sales and increase market share.

The company's turnaround plan, criticized for missteps on pricing policies, has been "very close to a disaster," hedge fund manager William Ackman, the J.C. Penney board member who handpicked Johnson, said on Friday. Ackman, whose Pershing Square Capital Management is Penney's largest shareholder, spoke at an investment conference sponsored by Thomson Reuters.

J.C. Penney opened the first of its new home goods boutiques in some locations last week. It can still sell Martha Stewart-branded window coverings and other product categories not claimed by Macy's.