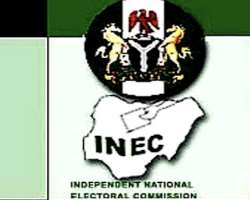 I write this rejoinder in response to the ‘Story of the Week’ serialised in your newspaper editions for Sunday, March 24 and March 30, 2013, in which you took disparate issues with programmes and processes of the Independent National Electoral Commission (INEC). I will provide clarifications on the claims you have made and hope to correct the wrong impressions your misrepresentation of facts might have created. I also hope that your articles merely suffered from sincere lack of information and misunderstanding of the issues, rather than from crass mischief or malice informed by ulterior motives. This effort is intended mainly for the benefit of the reading public, who need to be properly informed on the operations of INEC and its preparations towards the 2015 general election. I observed that the ‘Story of the Week’ in question descended into base attacks on the personality of the Hon. Chairman of the Commission, Professor Attahiru Jega; but I refrain in this rejoinder from joining you at that unedifying level.

Contrary to the gleeful claim you made of “findings” by your newspaper after purported painstaking investigation of INEC “and specifically the Office of the Chairman,” your article is plainly a rash of uninformed and misinformed views that are being rehashed. You published the same opinions, mainly, in a similar Story of the Week authored by you in September 2012, and we made a modest effort then to provide information. But it appears that we are dealing with some fixation here. Let me also state that as a journalist myself, I am wise to the tack of masquerading tendentious personal opinions in attributions to anonymous “senior inside sources.” But that is one feature of your articles we cannot begin to engage with here, since we do not even know if the purported sources (if they exist) qualify to know what they are claimed to have spoken about. You cited me a couple of times as stating the official position on some issues, but you never spoke to me while writing your story. Those statements were called up from third party sources, and they were in response to questions asked in wholly different contexts from that in your story.

Now, to the issues. You anchored your latest series on three claims, namely: (i) that there is a plan by INEC for manual registration of voters, which you say “creates fertile ground for systematic flaws;” (ii) that the Permanent Voter Cards (PVCs) INEC is about issuing to registered voters lack requisite features to check electoral fraud; and (iii) that the Commission is bogged down with in-fighting over alleged underhand promotions and recruitment of staff, procurement issues, ethnicity and other base sentiments you feared to have negative implications for 2015.

The truth is that all three claims are incorrect and misinformed, and they betray crass misunderstanding of INEC’s programmes and the way the Commission works. To begin with, there is no plan to undertake manual compilation of the Register of Voters, for the Register of Voters already exists and it is Biometric. That should actually be obvious even from the Commission’s internal memo you cited as evidence of your erroneous claim. The fact is: Given the lack of an established comprehensive system of gathering demographic data in this country, the Commission – mind you, not the Chairman – resolved that the way to go with the imminent Continuous Voter Registration (CVR) exercise is for the newly recruited Registration Area Officers, who have been deployed at the ward level, to manually enumerate every person of registerable age (i.e., from 18 years) in their respective ward. This is a first (if you like, preliminary) step and not the registration of these persons as voters per se. Indeed, the very memo you cited indicated that there will subsequently be the compilation of a “comprehensive voters list with a view to capturing their biometric data (Note: Biometric data can’t be captured manually, can they?) at the appropriate time, at least twice a year…” The objective of the Commission is to have a record of registerable persons in a Ward, against which it could compare the number of those who really turn out to be biometrically captured during the CVR for demographic analysis and precision planning. The same applies with the directive to “take note of voters who died with a view to delisting their names from the voters roll.” This procedure is cumbersome, perhaps; but there are really not too many ways, with our current national reality, to comprehensively harness demographic data for electoral precision planning.

INEC will shortly roll out the CVR in all the states nationwide, and it is towards this end that the Commission recently recruited Registration Area Officers. The electoral laws of this country have always provided for the exercise. (See Section 10 of the Electoral Act 2010 as Amended, for instance.) But that provision has always been observed in the breach until the present Commission came in and resolved to implement it as prescribed. On the so-called “excess manpower capacity” in INEC for this exercise, as you alleged, there are presently 8, 809 Wards (i.e. registration areas) nationwide and the Commission, during the last recruitment, took 1, 500 persons on board. It should be clear that, in the least, some old staff of the Commission will yet be deployed to supplement. More than 73 million voters were captured biometrically in the general exercise undertaken in 2011, and more will be captured in the course of the CVR that will commence in due course.

You asserted in your article that other principal officials of the Commission were taken aback by the present plan for CVR, which you assumed to be by the Chairman’s fiat. That is simply false. Policy decision-making in INEC is strictly collective and always thoroughly debated, with all sides considered and what is thought best for the country is what is collectively adopted. For avoidance of doubt, sir, there is absolutely no ‘soloism’ in this present Commission. Thus, all the conspiracy theories you bandied in your article are entirely figments of your fertile imagination. In particular, your claim about alleged quest by the Chairman of INEC for more powers is (deliberately?) blind to the context and subsequent developments on the correspondences you copiously cited – issues that the Commission has since put behind it.

Another claim you made is that the Permanent Voter Cards (PVCs) that INEC is about to issue lack requisite features to check electoral fraud. Significantly though, you acknowledged that the card, when swiped with a card reader, will have the capacity to identify a bearer as the authentic and legitimate holder. That, by all means, is the first and most profound step in checking the abuse of voter cards as has been the case in Nigeria’s electoral history. The PVCs that INEC will issue in due course to registered voters are chip-based, with the chip on each card containing all the biometric data of the legitimate holder. In effect, only a legitimate holder can present the card at a polling unit to cast his/her vote. This is unlike in the past when unscrupulous persons were reported to mass up voter cards and put them in the hands of cronies to use illicitly – thus abusing the process. In the new dispensation, once an illegitimate holder of the card can be detected and prevented from using the card, the abuse is substantially, virtually completely checked.

You took two major issues with the PVCs presently being produced by INEC, namely: (i) that they will contain no picture of the voter, and (ii) that they will not be polling unit-specific. But if you really interrogate those issues, they are altogether uninformed. For your information, there will be the picture of the voter both on the card-chip as well as on the face of the PVC. Besides, every voter has his biometric data, including the picture, in INEC’s data bank. When you present your PVC to be swiped with the card reader, this data will be called up and it will instantly be ascertained that your face corresponds with the picture in the data bank. If your face does not correspond with the picture previously captured during voter registration, you cannot be the legitimate holder of that card and you will not be allowed to vote with it. In addition to the PVC being swiped with the card reader, the voter will also be required to place his/her finger on the device for fingerprints verification, so as to be doubly authenticated. All these are fraud-proof measures intended to prevent possible abuse of the voter card. As for polling unit specificity, the electoral law already provides that you can vote only at the polling unit where you were registered. During voter registration, your data is assigned to a specific polling unit. Contrary to your claim that INEC imposed the procedure, Section 58 of Electoral Act 2010 as Amended stipulates that: “No person shall be permitted to vote at any polling unit other than the one to which he is allotted.” Thus, the polling unit to which your data has been assigned is where your PVC will be read and enabled for you to vote. It is wholly impracticable that a voter will take the card to a polling unit where he/she was not registered and hope to be able to use it to vote. A voter’s PVC can only be read and authenticated at the polling unit in which he/she is registered to vote.

The third claim you made is that the Commission is bogged down by in-fighting. But this claim is so spurious that it can’t even be seriously interrogated. INEC, like every other organisation, has objective rules that govern establishment matters. Appointments and promotions are regulated by these rules; and they are processes that can be independently checked for compliance with the rules. Besides, there are legally-empowered institutions with oversight responsibility over the Commission. It is granted that not every single member of staff is happy when these rules are applied as provided, but that is what happens in every organisation – including yours. That there may be pockets of disgruntlement amongst staff is no evidence that the established rules have been violated. There are also instituted regulations in Nigeria governing procurement by public institutions. All procurements by INEC are done with strict adherence to extant procurement laws of the country and are put through the full rigour of Due Process in governance. Otherwise it wouldn’t be a matter for mere rumour and backroom talk as you presented in your article.

Let me assure you that the leadership team in INEC (in particular, the National Commissioners and Chairman) is united and solidly together. Under that leadership, the Commission is forging ahead with painstaking preparations for the 2015 general election, which, as has been repeatedly pledged, will surpass every election ever held in this country in terms of credibility, integrity and public acceptance. That is the commitment the Professor Jega-led Commission has made to Nigerians, and that is what it is relentlessly committed to delivering. The Commission seeks the support and cooperation of every Nigerian, including your good self, in this patriotic task, please.