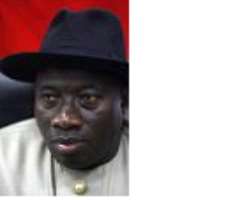 “Survival of Nigeria depends upon the survival of all parts of Nigeria,” MOSOP President/Spokesman Goodluck Diigbo

Dear Nigerian President Goodluck Jonathan,
Even while you act, your job is that of the President of 150 million Nigerians. This is huge. I am happy to call you a brother and a friend. I remain grateful for your support towards my peace-making mission. You acted wisely and promptly in 2007 and with your support; I got relief for over 40,000 citizens of Teyork (formerly called Teyor Kaani) after returning them home from years of exile. Senseless politicians had used state security forces, criminals, cultists and kidnappers to terrorize and murdered 350 citizens, destroyed 3,500 homes and sent innocent children, women and men out of Teyork from March of 2004 until July 19, 2007. You were then the Vice President of Nigeria. Now you are the President. To whom more is given, much is expected.

This message is not only about you and what most thought was impossible for you to accomplish. While I congratulate you as Nigeria's President and Commander-In Chief; on behalf of the Ogoni people and the Movement for the Survival of the Ogoni People, MOSOP; I urge you to strive for a lasting legacy, even just for a day in office.

What do I expect President Goodluck Jonathan to leave behind as President and Commander-In-Chief of Nigeria?

1. When you have finished your period as the President of Nigeria, others, or I will like to learn that you feel that you have had an experience, or rendered service, which has enlarged your heart and deeper understanding of life. While you can right the wrongs of the past, your office makes you the new father of Nigeria – a father for all. I ask you therefore for equal justice for all and the pursuit of lasting values and principles, not distracted by materialism.

2. Having been at Aso Rock, you may say, not very different from other presidents, that you cannot do it alone. Of course, but you must come up with initiatives that can make a difference. Please focus on the well-being and survival of Nigeria. This cannot be possible unless Nigeria's constituent parts benefit from your bold initiatives. For example, Ogoni or any other part of Nigeria must not be pushed into extinction. Survival of Nigeria depends upon the survival of all parts of Nigeria. The creation of an Ogoni State is vital for the survival of Ogoni. The Ogoni people are grossly discontented. An Ogoni State is a bold initiative to redress injustice. It is long overdue. This will not take away from the rights of other Nigerians.

3. I was in Rivers State recently, I noticed how some politicians vested with chief executive, legislative and ministerial powers, demonstrated that they are extraordinarily limited in their outlook. Nothing much goes on in the place except plotting against each other, gossip between them, stories of assassinations and aides like the moo of cows and characterized by steady rush for bloated road contracts. To protect themselves from the electorate of whom they are constantly afraid, they have resorted to misuse and abuse of the Nigeria Police Force, the Army and other state security agencies and agents. As the Commander-In-Chief, you have a responsibility to stop the misuse and abuse of the armed forces or state security forces that are used to intimidate, murder innocent citizens and violate indigenous rights and International Law.

4. I met a man on the street of Port Harcourt in January 2010 before you became President. What I got from my conversation with him was nothing but drab reality of Nigeria, the monotonous passage of uneventful time, people growing old without hope for their children and grandchildren or reason to still live another day. What kind of rich nation-state is that? You have to put a system in place; a system that can be predictable; meaning if you do A,B,C…you know what to expect. Nigeria is not organized and the system is too fraudulent. Politicians are playing God, even in matters of life and death. Let's work for a Sovereign National Conference to bring about a durable Federal Constitution that we can trust, rely upon and follow; resolve the contentious issue of wealth and resources control and determine how best to build a truly democratic society with fundamental freedoms guaranteed and the right to life treated as sacrosanct.

5. Mr. President, I need your commitment to assure me that there is still hope left to keep Nigeria as one. A citizen who has been undisputedly proud of his nation state throughout his life has the feelings of a loyal citizen, and has such a confidence and trust in his leaders that his commitment to contributing to the survival of the nation is induced by his leaders.