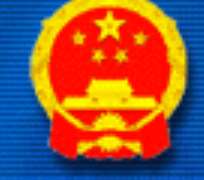 At about 6:00 p.m., Xi arrived at the presidential palace and he was greeted by Kikwete at the gate of the courtyard. Having shaken hands, the two heads of state walked side by side towards the building of the presidential palace along the red carpet. Tanzanians, dressed in their colorful costumes and hats bearing the portrait of President Xi, gathered along the two sides of the 100-meter-long path to welcome President Xi, with some waving national flags of both countries, and some singing and dancing. There were even some shouting "Welcome" and "Hello President Xi" in Chinese. Xi waved greetings to the welcoming crowd and there was a sea of friendliness, as applause and cheers resounded to the skies.

During the talks, Kikwete once again expressed his warm welcome to Xi's visit. President Xi's selection of Tanzania as the first leg of his maiden tour to Africa since assuming presidency fully reflects the profound traditional friendship between China and Tanzania, Kikwete said.

Calling the East African country an old friend and a good friend of China, Xi said China-Tanzania friendship was forged by the older generation of leaders including Chairman Mao Zedong, Premier Zhou Enlai and President Julius Nyerere. The two countries have maintained an all-weather friendship and China cherishes the time-tested bond with Tanzania. Xi said since he set foot on this beautiful land, he has been surrounded by Tanzanians' friendliness towards Chinese people. China, he added, is ready to work with Tanzania to foster a comprehensive cooperative partnership characterized by mutual benefit and win-win results and lift bilateral relations to a higher level.

Noting that both countries face the task of national development, Xi said the two sides should trust, support and help each other and pursue mutual benefit and common development. They should maintain high-level and party-to-party exchanges, exchange governing experience, continue to support each other on core interests and major concerns, and strengthen coordination and cooperation on global and regional issues, added the Chinese president.

China, he said, is willing to continue to support Tanzania's socioeconomic development within its ability, enhance cooperation in priority areas of Tanzania and earnestly advance key projects. China encourages its enterprises to invest in Tanzania. The Tanzania-Zambia railway is an important symbol of bilateral friendship as well as a significant achievement of China-Tanzania cooperation. China has been paying attention to the Tanzania-Zambia railway's development, and is willing to actively participate in the renovation and operation of the railway.

The two countries need to boost bilateral cultural exchanges and carry on their traditional friendship, said the Chinese president, adding that China will set up a Chinese culture center in Tanzania. Both sides should work together to ensure the success of the celebrations for the 50th anniversary of their diplomatic ties next year.

For his part, Kikwete thanked China for its long-term support and assistance for his country, pledging that his country will continue to firmly back China on major issues concerning national sovereignty and territorial integrity. Tanzania, he said, commits itself to economic development and hopes to strengthen cooperation with China both bilaterally and under the framework of the Forum on China-Africa Cooperation in such areas as agriculture, energy and resources development, infrastructure, poverty alleviation and human resources. Tanzania welcomes China's involvement in the construction of the special economic zone of Tanzania.

Kikwete also introduced the situation in Africa. Xi said Africa is a continent full of hope and has a bright future despite the many difficulties and challenges it faces now.