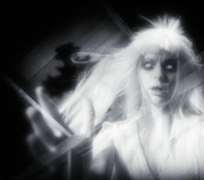 It is often said that 'What goes round, turns round' and that 'He who the gods want to kill, they first make blind.' For mortals, short in understanding the overwhelming stranglehold of the gods on their victims, disgust (at times puzzle) reigns as the ruin runs its course. However, a corresponding show of compunction is precursory to seeking the face of the gods for atonement, provided that ultimate damnation is not foreclosed by the gods; else, in vain would the priests toil in propitiation: the subject marches forth into obscurity, at times even with a conceited gait suggestive of ignorance of imminent self immolation.

It is 'to be, or not to be' for the All Progressives Grand Alliance, APGA, a party that seemed comfortable testing its flight through stormy winds. It looks a situational paradox that Governor Obi's gallantry in flying the All Progressives Grand Alliance flag at the Anambra State gubernatorial polls of 2003 and 2010 have continued to unsettle the party. Nothing better expresses the duplicitous possibilities identifiable among Nigerian politicians than the many betrayals trailing Mr. Obi's victories. Each of his electoral gains threw up its peculiar challenges. While the denominator of all the intra-APGA post poll struggles remains the sabotage of Governor Obi's pursuit of an archetypal scheme in good governance, the distractions rather tug threateningly at the structure of the party than affect Obi's poise. Each time, the immediate victims of the implosions remain the architects of the row. Governor Obi has tenaciously steered his state's concerns clear from party crises, busying himself chiefly with the execution of the social contract with citizens of Anambra.

So it was that when Governor Peter Obi was painstakingly struggling to reclaim his stolen mandate from Dr. Chris Ngige and the People's Democratic Party, between 2003 and 2006, Chief Chekwas Okorie, the first National Chairman of APGA, was determined to negotiate Mr. Obi's victory away for cheap porridge. But for Mr. Obi's expressions of dogged will, deep purse, and unwavering faith in the judiciary, Chief Okorie's plot would have been faith accomplished. It was a scandalous loss for Chekwas who has not ceased sulking over his loss, blaming it on Chief Umeh's intrigues and betrayal. Truly, Chief Umeh, who was then the National Treasurer of the party, ensured that Chekwas' poor deal with APGA was not blown up. He took absolute advantage of Okorie's faux pas to install himself as the party's National Chairman, disregarding the party's adopted order of succession; how else could a Treasurer manoeuvre the power spindle to become the National Chairman if the Vice Chairman and other officials were not hoodwinked into submission?

Of course, while Obi provided all the logistics that sustained the tortuous road to justice, Umeh's leadership ensured results for APGA. But soon it became evident that Chief Umeh was overreaching the demands of his office; he would not submit to participatory democracy in the affairs of the party. He assumed an all-knowing and all-powerful leader; neither consulting nor allowing inputs from other party members. This highhandedness led to the rebellious clamour for renaissance among aggrieved party members. The scenario soon turned into the paradox of a General baring his fangs on his army for daring to resist him. Chief Victor Umeh, the estranged National Chairman of the All Progressives Grand Alliance, now seems to gloat over the inertial pose of the party. Not even the exigency of the Anambra State gubernatorial election due in a few months elicits restraints from the chief's uncanny resolve to frustrate the electoral viability of the party. His appetite is satisfied as long as he is able to discountenance Governor Peter Obi, and more importantly, scuttle the governor's influence over who succeeds him come March 17, 2014.

Not only does Umeh think that 'unless he endorses any APGA scheme, in vain does the party dream of any progress', he freely boasts to cripple APGA instead of stepping aside for whoever might step forward to enhance the gains of the party. This threat, he seems to be entrenching by seeking to frustrate the operations of the APGA through court actions when the party should be fine-tuning strategies to consolidate power holding in its strong areas and extend the frontiers of its influence. But the sterling performance of the APGA-led government of Anambra State has remained a dynamic token in the party's bargain as Anambrarians shop for Governor Obi's replacement. Ndi-Anambra who are most joyful over the turn around that the state witnesses today are closely watching the governor's body language in respect of the way to go.

While the leadership struggle in APGA rages and time progresses, one thing remains constant: the anxiety in Anambra State over what becomes of the state should there be an error of choice in the coming gubernatorial poll. It is on this premise that most ideas people prevail on Mr. Obi to show greater zeal in the choice of his successor instead of leaving it to the fluidity and uncertainties that characterize general elections in a permissive society where the lures of pecuniary pecks often influence the bent of the electorate. Having blazed the trail in the comprehensive transformation of Anambra State over the past seven years, it is a common believe that it is Governor Obi's prerogative to point at the way towards the sustenance and advancement of the polity. It is hoped that the anxieties of the future are assuaged by the lessons of hindsight.