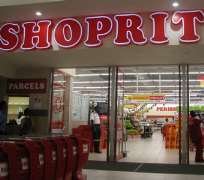 The project, which is expected to cover 20,000 square metres and to be developed in phases with the first phase covering 12,000sqm, has already been flagged-off by a consortium of Nigerian and foreign investors. It is expected to take-off by December, 2014.

Olumide Akinsanya, the Managing Director of Baysol Development Limited, one of the project partners, who addressed stakeholders at the groundbreaking ceremony in Effurun Roundabout, said the state was ripe for such a gigantic project.

Maintaining that citing the project in Effurun-Warri is a vote of confidence on the economy of the state, N9bn Shoprite Mall Underway In DeltaAkinsanya promised that the project would see the light of the day within the stipulated period.

Disclosing that funding would not be a problem, he said: "This is a $57million fully air-conditioned shopping mall.

It will be delivered before the end of December 2014. Funding is not going to be a problem because we have put everything in place and the fund is there."

Managing Director of Resilient Africa Real Estate Limited of South Africa, Mr. Holden Marshall, said his company was excited about the prospect of embarking on its first building project in Nigeria.

In his reaction, Delta State governor, Dr. Emmanuel Uduaghan, who expressed great excitement at the project, said it was in line with his administration's vision to free the state from its dependence on oil revenue.

Uduaghan, who was represented by the state Commissioner for Lands, Survey and Urban Development, Mr. Patrick Ferife , said the project would not only provide jobs but also improve the economies of the host communities and neighbouring cities.

Welcoming the stakeholders to his domain , the Ovie of Uvwie, His Royal Majesty Abe 1, assured that his kingdom would ensure a peaceful operating environment for the investors.