Mistakes of the President, Faults of the Advisers 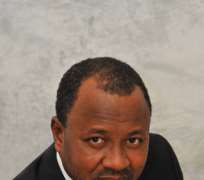 It is a universal norm of governance that no leader leads without advisers, and time has ascertained that a leader who acts solely on his own judgment surely falls. Consultations and taking of advice are therefore composite foundational elements of leadership – i.e. of governance. The institutional office of the Special Adviser, and its functions, is hence vital in the due discharge of political leadership. Indeed, the success or failure of a regime rests as much on the ability of the leader as on the competence or otherwise of his adviser(s).

Underscoring this point, the 1999 Constitution (as amended) of our country creates at the federal level the Council of Ministers and offices of Special Advisers for the good purpose of executing the powers and functions due to the Office of the President. Invariably, this means that the stability and good governance of the country are dependent on the sound character, correct practice and good judgment of the President; and the well-being and quality judgment of the President depend on the knowledge, accuracy and truthfulness of his advisers. Blessed therefore is the President with truthful, knowledgeable, intelligent and right-doing advisers to remind him if he forgets, to assist him if he remembers, to correct him in secret and with respect if he is wrong, and to always lay to him the complete facts of every issue that may come before him to decide.

This is an onerous job that necessarily requires very special proficiency to perform. Great political thinkers are agreed that the adviser needs five basic attributes, if his work is to be fruitful and satisfactory:- i. Wisdom, whereby he will perceive clearly the outcome of everything into which the Principal enters; ii. Knowledge, whereby implications of actions of the Principal will be open to him; iii. Courage, so as to act as and when appropriate on the Principal; iv. Truthfulness, so that he will treat all men honestly without exception; and v. Discipline, so as to keep secrets at all times. If the President is able to appoint suitable men, he is most likely going to succeed, for 'a good adviser is like the ornament of the President'; but if he is unable and appoints unsuitable men, his regime is most likely going to fail. Aristotle said that when a 'king' has an unsuitable [ignorant] adviser, his reign will be like a cloud which passes without dropping rain. The great Greek philosopher then warned that since what is most important in the polity is the 'kingship' institution, no adviser may be spared to spare it.

Interestingly, the fact that all advisers are appointed by the President means the quality of advice is dependent on the kind of advisers the President assembles to himself. His skill or lack of it to distinguish, in appointing advisers, the great disparity that there is between men who are suitable and men who are not itself can decide the ultimate destiny of his regime. To this extent, therefore, the President must necessarily think deeply, consult widely and select carefully in matters regarding the appointment of advisers.

Clearly, recent inexcusable misadventures of the President on some key national issues, necessitate a critical examination of the competence or otherwise of his advisers; and the desirability or otherwise of the President retaining them in office. I will take three cases which ordinarily ought to have gained for the President political goodwill but all failed to do so, instead earned him unwarranted criticisms and stigmas, to buttress my point.

Firstly, the change of name of the University of Lagos to MKO Abiola University which should have earned the President political capital, at least from the Yoruba Southwest, ended up distancing the people from the President on account of his action. The main reason for this political backlash is to be found in the method and procedure adopted by the President in the implementation of the policy. Secondly, the recent visit of the President to Borno and Yobe states. After nearly two years of blood-letting and destruction inflicted on the people of these states by Boko Haram insurgence and the security forces, the President's visit was naturally supposed to have been a soothing balm to the open wounds of the people. Such an act ought to gain support for a leader from among the people. Unfortunately, what followed the visit were criticisms, resentments and mass opposition to the President and his regime. Again, the reason for this hostile response is to be found in the timing and hollowness of the visit. It is instructive to note that the President failed to visit the states all this while until shortly after the merging APC Governors' visit; and the President, unlike the APC Governors, went with no policy proposition either for the resolution of the insurgency or for the reconstruction of the destroyed lives, businesses and infrastructures of the people affected.

Thirdly, the issue of pardoning some eminent Nigerians convicted of criminal charges. Included on the list are late Gen. Shehu Musa Yar'adua, Gen. Oladipo Diya, late Gen. AbdulKareem Adisa, DSP Alamieyesiegha, etc. Two things are wrong in the pursuit of this Presidential power - facts of the matter with regard to the first 3 beneficiaries and timing with regards to the fourth. On the point of fact, it is now public knowledge that all the 3 generals involved were long pardoned by a previous regime and therefore did not need another pardon nor was there any need for the President to pardon them. If this is true, which I verily believe it to be (at least for Shehu Yar'adua), then the President has goofed and is a huge embarrassment to his leadership. On Alamieyesiegha, I fully agree with the President pardoning him as a personal moral obligation, given the political circumstance joining the two, but the timing was essentially ill-advised. Most appropriately, the President would have done it as a parting gift, on the eve of his departing office, as President Gerald Ford did for his impeached predecessor, Richard Nixon.

These three political bouts have gone a long way to demonstrate how un-thorough the President can be in his policy formulation, execution and general decision making. But to be fair to the President, on all the 3 cases sited, the fault can hardly be of him but instead a clear manifestation of the failure of presidential advice – in other words, these are basically mistakes of the President but fault necessarily that of the advisers. In my view, the work of an adviser to the President is like that of a pilot. Just as the pilot makes sure that the aircraft and weather are 100% without any problem before taking off, so also the adviser is to ensure that all matters are 100% without error before being decided by the President. Mistakes on the part of the President are therefore primarily the malfunctions of his advisers. In fact, the analogy may even be in twist against the pilot - for the extreme that can happen to the aircraft is to crash; the harm that can come to a nation with a slip of the President's pen is better imagined.

Against this backdrop, therefore, President Jonathan's leadership mistakes may have given the nation one very important lesson – i.e. that the capacity for sound advisory skills in a presidential system of government like ours is not always found in about every Nigerian. It definitely needs special skills and total commitment. This then calls to question the essence of retaining such advisers in the light of their manifest ineptitude, laziness and incompetence in handling the affairs of the President at the expense of the popularity of the regime and the stability of the country. Clearly, the President's Advisers have proven themselves to be lazy, incapable and incompetent. All related Advisers, including Ministers, should bury their heads in shame for having failed in their duties to guide the President aright. It is my opinion that the President needs to change his advisers to save himself, his regime and the nation from further unwarranted and avoidable embarrassments. He may well need to heed to Aristotle's admonition; no adviser may be spared so as to spare the 'King's regime', and to regain national stability.