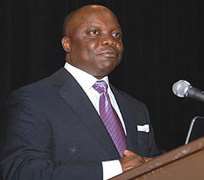 Speaking at the South-South Special Zonal Executive Committee meeting in Port Harcourt, Rivers State on Sunday, the Governor said whatever differences members of the party may have, they should come together in the interest of the ruling party.

He commended the leadership of the party, especially, the National Chairman of the PDP, Alhaji Bamanga Tukur for his commitment to fostering unity in the party, observing that the governors who emerged on the party's platform in the South South zone are delivering practical dividends of democracy to the people.

Uduaghan noted that apart from the provision of infrastructure, it is also, important for the electorate to be empowered, saying, "We are committed to ensuring that the PDP will continue to have its stronghold in the South South".

Senate leader, Senator Ndoma Egba in his speech, said, "the South South is the home of the PDP, our Governors are doing very well and we must remain committed to our people."

Speaking on behalf of Chairmen of the PDP in different states in the zone, the Delta State Chairman of the party, Chief Peter Nwaoboshi thanked Alhaji Tukur for playing a fatherly role in the party, noting that the PDP will always emerge victorious in elections.