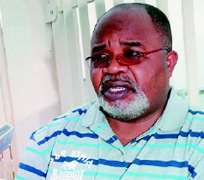 SAN FRANCISCO, March 11, (THEWILL) - Embattled legal practitioner, Chief A.A Aribisala, has dragged the Nigerian Bar Association (NBA) and Fidelity Bank before a Lagos High Court challenging the decision to deprive him the use of the Senior Advocate of Nigeria (SAN) rank.

Aribisala, in his statement of claim, is asking the court to nullify his suspension from the use of the rank of Senior Advocate of Nigeria, with its accompanying privileges, a decision taken by the second defendant on February 26 despite the pendency of an application dated October 19, 2012 seeking a restraining order of interlocutory injunction against the second defendant in that regard, pending the hearing and determination of the substantive suit.

The embattled senior lawyer is also asking the court for an order of mandatory injunction directing immediate restoration of parties in this suit to the status quo ante bellum as at 22nd October, 2012 when the first and second defendants were served with the originating processes, including the Motion on Notice dated October 19, 2013 seeking a restraining order against the second defendant pending the hearing and determination of the substantive suit.

Aribisala also asked the court for an injunction restraining the second defendant from giving any effect to or implementing or continuing to implement, or carrying out any act or making any form of publicity relating to his alleged suspension from the use of the rank of a Senior Advocate of Nigeria pending the hearing and determination of this suit.

Aribisala , who denied overcharging Fidelity Bank, said his bill was in accordance with the provisions of the Legal Practitioners (Remuneration for Legal Practitioner Documentation and other Land Matters) Order.

Arguing that the relationship between him and Fidelity Bank was contractual and could not be a basis to deny him the right to use his rank as a SAN, Aribisala said he made several demands on the bank to pay up his legal fees after helping the bank to perfect its documents in respect of different properties acquired by the bank.

According to the lawyer, the law allows him to deduct monies owed him by the bank from the money he recovered for the bank.

"The Legal Practitioners Privileges Committee is a creation of law, vested with certain powers, the same cannot be extended to cover matters which ought to be submitted to the Court for adjudication and have indeed been so submitted, in this case, and that once a matter is sub-judice nobody is allowed to comment, investigate or do anything about it except the court before which the matter is pending," he said.

When hearing in the matter came up before Justice Adefowope Okogie, counsel to Fidelity Bank, Chief Seyi Sowemimo, SAN, said the objection filed by the bank should be heard first. But Aribisala's lawyer, Tayo Oyetibo, SAN, opposed the view.

The court therefore adjourned the matter to April 23 for the determination of which application to hear first.