NTA As FDI Ambassador For Nigeria 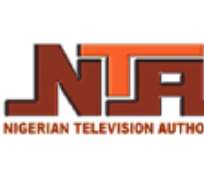 To most Nigerians and other global citizens interested on Nigeria's affairs, the Nigerian Television Authority (NTA) which was inaugurated in 1977, is the government owned public broadcaster of the Federal Republic of Nigeria with a mandate to inform, educate and entertain the populace and the global audience.

But very little is known about the enormous corporate social Responsibility roles that NTA plays for the country.

Deeply entrenched in the core thematic mandate for which NTA was set up is the essential corporate social responsibility function the national broadcaster has taken for itself which is the creation of the much desired awareness to the investing public and prospective entrepreneurs around the globe on the friendly investment climate that exists in Nigeria.

The NTA over the years has deliberately extended her services to all corners of the world with the sole aim of marketing the investment potentials of Nigeria. In 2010, the Nigerian Television Authority (NTA) under the management of the immediate past Director General Alhaji Usman Magawata entered a bilateral agreement with Suncast communications – a United States – based communication operator to commence the operation of five television Channels in the United States of America.

Abiodun Oluwarotimi, a Nigerian – born but United States – based journalist reported on October 24th 2010 that this landmark initiative of the NTA took place in Washington D.C.

The brief story goes thus; “The NTA in conjunction with Suncast communications has began its operation in the United States with five television Channels launched in Washington D.C. as part of its efforts to complete its expansion programmes both within and outside Nigeria”.

The five channels launched in America by the NTA's authority in 2010 at the Nigerian Embassy in Washington D.C. are NTA News 24; NTA 2 Lagos, NTA Sports; NTA entertainment and NTA knowledge Channel just as the report has it that these Channels would be managed by Suncast a United States Communication operator.

The beautiful tradition of playing the role of a media ambassador for the purpose of attracting foreign Direct investments to Nigeria has remained consistently alive with the current management of the NTA headed by the acting Director General Alhaji Musa Mayaki who has taken corporate responsibility a nudge further following the well established precedents.

Corporate social Responsibility according to the author is a process with the aim to embrace responsibility for the company's actors and encourage a positive impact through its activities on the environment, consumers, employees, communities, stakeholders and all other members of the public sphere who may also be considered as stakeholders.

Specifically one of the essential Corporate social Responsibility roles taken up by NTA and competently implemented over time is the hosting of an international investment forum in the United Kingdom whereby key stakeholders from the different federating units of Nigeria are allowed the platform to market the investments potentials of their parts of the country with the national goals of attracting genuine foreign Direct investors into Nigeria to create jobs for the teeming populace of Nigeria.

The significance of such a global business meetings was highlighted by the former Vice President of the World Bank and the Coordinating minister for the Economy and minister of Finance of Nigeria Dr. (Mrs.) Ngozi Okonjo – Iweala.

Ngozi Okonjo-Iweala, the Harvard and MIT- trained economist recently published a book titled “Reforming the unreformable” whereby she highlighted the need for agencies of government to key into the transformation and reform agenda of the Federal government to create jobs and also to improve the investment climate.

She had argued lucidly thus; “The need to create jobs is the most important problem confronting the Nigerian economy now and for years to come, especially for the increasing numbers of youths entering the job markets”.

Citing a scholarly report by Treichel in 2010 on page 19, Ngozi Okonjo – Iweala submitted that a quarter of Nigeria's working age population aged 15 – 65 years is not in the labour force. “Fully 70 percent of Nigeria's 160 million people are 30 years of age or younger, and there is evidence of rising unemployment among youths”.

The finance minister then concluded that if Nigeria could create the needed number of jobs, it could turn this demographic dividend of a young working –age population into a development dividend.

On the importance of foreign direct investment, the Finance minister argued that Nigeria badly needs to pursue reform of its investment climate in order to become more attractive to domestic and foreign investors.

But what NTA has achieved by organizing the second business/investment forum and exhibition in London between February 21st to 23rd 2013 is to enlighten the investment community in the World's business capital that Nigeria has indeed become friendly for them to move in their capital and invest in the Nigerian economy.

The second gain of the recently held second NTA business/investment forum in the United Kingdom is that the national broadcaster has made radical and far- reaching effort to attract good investors who in turn will create jobs for the Nigerian youth.

Aptly titled “exposing Nigeria's rich investment potentials to the World”, the forum which took place in central London at the Cavendish conference center, witnessed presentations made by high profile state government officials, representatives of ministers of information, Trade and commerce and the Acting Director General of NTA Alhaji Musa Mayaki among other distinguished Nigerians resident in the United Kingdom.

At the 2nd NTA Business investment forum and exhibition, the Kwara, Zamfara and Niger governments, along with privately-owned business, reportedly made representations on the “Rich Investment Potential” of their states.

Speaking on behalf of Kwara State Governor Abdulfatah Ahmed, his special Assistant on Investment, policy and Strategy, Yomi Ogunsola, reportedly asked investors to be part of the state's infrastructure Development Fund, which in his considered assessment, was a long term investment that would be used to develop roads, power and other infrastructural needs of the state and consequently result in job creation for the teeming youth of the state.

He told the prospective investors that Kwara was open for business and that the state would readily welcome anyone who could add value to what the government was doing even as he restated the readiness of the Kwara state government to sustain the enabling environment for prospective investors already put in place by the immediate past government which resulted in the attraction of the industrial and/or mechanized farmers from the White Zimbabwean population.

Governors Abdul'azizi Yari (Zamfara) and his Niger State counterpart, Dr. Mu'azu Babangida Aliyu, also asked investors to come over to their states to be part of their developmental efforts.

Describing Zamfara State as a “mining haven,” Yari, who was represented by an aide, reportedly told would-be-investors that the state had abundant solid minerals, which were in commercial quantities.

He added: “You should come and explore the work of nature and consider Zamfara State as your next tourism destination”.

Vice Chairman of the Business Council for Africa, Clive Carpenter paid glowing tributes to Nigeria during a paper presentation on “Nigeria Business Ventures: Challenges and Prospects”.

Carpenter, who has over 10 years' working experience as a top banker in Nigeria, told prospective investors to “do their homework” before jumping over to do business in Nigeria but he also was quick to add that Nigeria is a good destination for foreign investments.

Advising investors not to be frightened or let the insecurity in some parts of the North put them off, Carpenter said “Do your homework and if one state is challenging, it doesn't mean the whole country is a no-go area”.

NTA's Acting Director, Musa Mayaki, who competently moderated the sessions asked prospective investors to take advantage of the “current drive” by the Federal Government to come over to Nigeria.

“Doing business in Nigeria is safe due to the enabling environment provided by the government, so invest your capital in the various sectors of the economy and you will be glad you did” just like the South African Television giant, MTN is”, he said.

FDI is an engine of growth as it provides the much needed capital for investment, increases competition in the host country industries and aides local firms to become more productive by adopting more efficient technologies or by investing in human and/or physical capital foreign direct investments contribute to growth in a substantial manner because it is more stable than other forms of capital flows (Ajayi 2006)