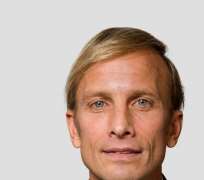 CAPE-TOWN, South-Africa, March 8, 2013/African Press Organization (APO)/ -- In his first official visit to South Africa as Executive Director of the Global Fund to Fight AIDS, Tuberculosis and Malaria (http://www.theglobalfund.org), Mark Dybul met with President of South Africa Jacob Zuma to discuss advancing the fight against these infectious diseases in the country.

Under President Zuma's leadership, South Africa has made significant gains in the fight against HIV and AIDS and tuberculosis as demonstrated in the country's efforts to boost domestic financing of programs that seek to defeat these diseases.

South Africa's government has stepped up domestic financing of HIV programs to cover approximately 82 per cent of the country's total HIV and AIDS expenditure.

The investment has resulted in important health gains for the country. It has been supplemented by further support from international funding mechanisms such as the Global Fund and the President's Emergency Plan for AIDS Relief (PEPFAR)

“South Africa is a great example of what governments around the world can do to help defeat global pandemics such as HIV and AIDS, tuberculosis and malaria,” said Dr. Dybul after the meeting, which was held at the South African President's Tuynhuys office in Cape Town.

With 1.9 million people on treatment as of June 2012, South Africa has the largest antiretroviral drug program in the world. Concerted efforts between the country and its external supporters helped improve life expectancy from 54 years to 60 years in a very short space of time.

Dr. Dybul also briefed President Zuma on the Global Fund's new funding model, how it starts with dialogue among partners working together in each country, tailors each approach to fit the needs of that country, includes more flexible timing and more predictable funding.

Dr. Dybul informed President Zuma of a recent decision by the Global Fund Board to approve an additional R216-million for HIV programs in South Africa. An estimated additional R1.95- billion is available to South Africa for programs to be implemented between 2013 and 2016. Further funding amounting to R296-million for HIV – will be available through the new funding model that the Global Fund recently launched.

The Global Fund also supports South Africa's tuberculosis programs, and in particular the links between HIV and TB. Around World TB day, the Vice-Chair of the Board of the Global Fund, Dr. Mphu Ramatlapeng, the former Minister of Health of Lesotho, will join South African Government officials to announce additional resources to support National TB and TB/HIV programs.

South Africa's and the Global Fund's continued investment in health will be important in helping defeat HIV and AIDS and tuberculosis in the country.

South Africa's Deputy President Kgalema Motlanthe welcomed the announcement of the new funding by Global Fund and said that it will further boost South Africa's fight against HIV and TB. “The announcement of additional funding by the Global Fund demonstrates the ongoing commitment by global partners to work together in the fight against HIV and TB,” Motlanthe said.

Distributed by the African Press Organization.

About the Global Fund

The Global Fund (http://www.theglobalfund.org) is an international financing institution dedicated to attracting and disbursing resources to prevent and treat HIV and AIDS, TB and malaria. The Global Fund promotes partnerships between governments, civil society, the private sector and affected communities, the most effective way to help reach those in need. This innovative approach relies on country ownership and performance-based funding, meaning that people in countries implement their own programs based on their priorities and the Global Fund provides financing where verifiable results are achieved.

Since its creation in 2002, the Global Fund has supported more than 1,000 programs in 151 countries, providing AIDS treatment for 4.2 million people, anti-tuberculosis treatment for 9.7 million people and 310 million insecticide-treated nets for the prevention of malaria. The Global Fund works in close collaboration with other bilateral and multilateral organizations to supplement existing efforts in dealing with the three diseases.

Information on the work of the Global Fund is available at http://www.theglobalfund.org