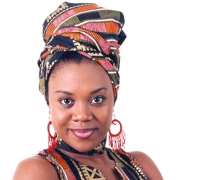 When Stella sneaked into Camberwell in London to indulge in a secret and clandestine romance without the knowledge of the husband little did she know that the eagle-eye of Nigeria media would catch up with her. It was the report filed by a Lagos based gossip tabloid that disclosed every move she made when in London. Emeka, we learnt, seriously warned Stella against such moves and she was said to have vowed never to indulge in such illicit act again, but just like a leopard whose skin can't be watched off by water and also like an old habit which dies hard, she got back to her old habit and started having a swell time with her numerous men which include Richard Mofe-Damijo RMD, former back-up Singer of Sammy Okposo, Tim Godfrey of the Xtreem Crew, Sammy Okposo himself, another hotelier in Victoria Island, a high chief in Owerri to mention but just a few.

When Emeka got wind of this silly acts of her supposed to be better-half, he was said to have angrily packed his luggage and vacated her Kingsley Emu, Lekki, Lagos home to his own house. Though, another section of rumour mongers are of the opinion that it was Stella Damasus' sister who came to live with them that caused the genesis of the brouhaha between the two lovers. An inside source informed this office that, Stella's sister's hubby, a sculptor, was asked to do some arts work for Emeka, the guy, Emeka, having parted with over 70% of the money, was shocked to know that the guy didn't not even buy materials let alone get his job done.

That fraudulent act, according to him, infuriated Emeka and reported the case to his 'wife' but alas, on getting alerted, Stella, we gathered, threw caution to the wind and a very hot argument ensured between them to the extent that Emeka nearly beat a hell out of her. Since then, the two of them have been like cat and mouse in the house until the guy bid a final farewell to the relationship that has just produced nothing but chaos, arguments, media battering, animosity and financial mismanagement. We were informed.

In a report by a Lagos based celebrity tabloid, when Stella was contacted to comment on her crashed 10-month old marriage, she was said to have responded that hers won't be the first marriage to crash. Before now, a close family source of Stella who engaged us in a conversation over Stella's insatiable appetite for sex, disclosed to us that Stella's problem is more spiritual than physical.

“She's possessed. In fact, a pastor once confessed this to us when Jaiye was still alive that if fervent prayers were not made, she would be the one to kill her husband and that will leave her to nothing but leaving one husband's house to the other. In fact, the revelation later came to the open because barely few weeks Jaiye regretted marrying her, he slumped and gave up the ghost leaving behind two beautiful kids, Isabel and Angelica though, one of the kids is not certain if it's Jaiyes because she has a striking image of Ramsey Nouah whom Stella was dating at that particular period she got pregnant of the second baby.” The source disclosed to us.

You haven't heard it all, we shall bring the other part of the story of how Jaiye died, where Stella was the day the incident happened and why she moved out of the house she stayed with Jaiye and other dirty secret of Stella in our next expose next week. Keep a date.