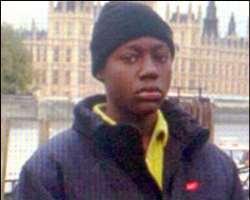 The Nigerian man suspected of trying to blow up a US plane on Christmas Day is now co-operating and providing "useful" information, US officials say.

Mr Abdulmutallab, 23, is accused of trying to blow up a flight to Detroit with a bomb hidden in his underwear.

He has denied a charge of attempting to murder 290 people.

The BBC's Steve Kingstone in Washington says that with Mr Abdulmutallab apparently talking again, officials say it is conceivable a plea bargain might be now reached.

Constitutional rights
An official quoted by Reuters news agency said: "Abdulmutallab is talking and has been talking since last week providing useful, actionable and current intelligence that we've been actively following up on."

When questioned on the subject, FBI director Robert Mueller told the Senate Intelligence Committee that the intelligence was valuable and that Mr Abdulmutallab was still being questioned.

The interrogation of Mr Abdulmutallab has caused controversy in the US.

The suspect had been talking to FBI agents before he went into surgery for burns on his legs but afterwards refused to talk.

Agents then read him full rights under the US constitution, guaranteeing he would not have to give incriminating evidence.

Some politicians argued he should have been treated as a military detainee.

A senior law enforcement official told the BBC that some of Mr Abdulmutallab's family had visited him in the middle of last month and that that had played a role in him beginning to talk again.

In his earlier comments Mr Abdulmutallab said he had been trained by al-Qaeda-linked militants in Yemen.

Al-Qaeda in the Arabian Peninsula, which is based in Yemen, claimed responsibility for the failed bomb attack.

Mr Abdulmutallab caught the flight to Detroit from the Netherlands, after connecting from a flight from Nigeria.