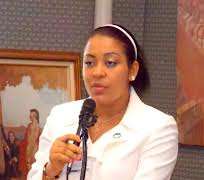 Miffed by the rise of illegal activities in the production of sub-standard drugs, the Special Assistant to the Imo State governor on Lagos Liaison, Hon. Lisa Asugha has lauded the recent effort of the Men of Lagos State Task Force on Counterfeit, Fake Drugs and Unwholesome Processed Foods in sterilizing of the drug market.

Asugha who, however expressed joy following the report that the Task Force team sealed some illegal drug shops, as well as impounding fake drugs worth millions of naira during a raid within Ikorodu local government area of the state, said it will reduce the spate of lives being lost on human ailment, adding that it will stream line the drug distribution system in the state, and Nigeria at large.

The raid which was conducted in conjunction with the Pharmaceutical Society of Nigeria (PSN), the Pharmacist Council of Nigeria (PCN), National Agency for Foods, Drugs Administration and Control (NAFDAC) and officers of the Nigerian Police Force from the State Command, was in line with the Lagos state government's effort to checkmate the activities of drug adulterators, illegal operators and infiltration of the drug market by imported and locally produced sub-standard drugs.

“We can see the seriousness of the Lagos state government to deliver, and that is why we are always partnering and backing their actions. Even at that, the State government's programme and style of governance is synonymous with ours. The issue of health concern lives, and if we don't implement and enforce laws, we cannot succeed with it,” she said.

Meanwhile, Hon. Asugha stated that the shops which were sealed for various offences contrary to the provisions of the law on the operation of Pharmacy and Patent Medicine stores in the state was based on the information reaching the government by the risk posed by the nefarious activities of illegal operators of patent medicine stores in the state.

“Now that we have a listening government, together that the synergy between Lagos state government and Imo state has become strong, we will make sure that the people are well guided and protected. The action to sanitize the drug market is not to harm anyone, as the sealed shops are owned by some of us who are bent on causing pain to the society,” she retorted.

The Liaison officer advised operators of pharmaceutical and patent medicine stores, especially Imo citizens who are dealers to ensure that their activities are within the circuit of the law regulating their operations just as she said the illegal business is prone to destruction of human lives.